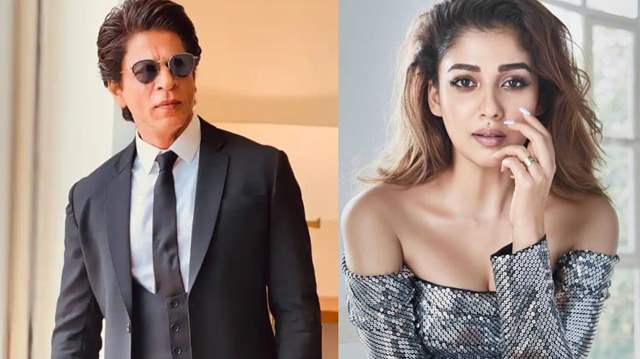 Actress Nayanthara returned to work this week after her wedding, having flown to Mumbai to pick up where she left off on Atlee's Jawan. As the filming began, Shah Rukh Khan joined his co-star Nayanthara on the sets.

The latest report stated that this is likely to be a busy schedule till mid-July. After her wedding, Nayanthara had a brief break, but as we all know, she will exert every effort to keep everything on schedule. She is present and attending to her work obligations.

The Chitrakoot grounds in Mumbai have now reportedly been reserved for Jawan's filming. It is said that not just one, but two sets have been set up, and the cast and crew will be filming some major family moments there.

Shah Rukh Khan recently talked about working with Atlee on his Instagram Live. SRK stated: "It's too soon to say. There is still much to be done. Other than the fact that I am enjoying myself as an actor, there isn't much I can tell you about Jawan. Additionally, the film's director, Atlee, calls it a unique genre. His work has been noticed by everyone. Again, in a genre I've never worked in, he creates superb mass-market movies. I, therefore, wanted to give it a try. Additionally, I believe Atlee and I get along well. He brings some, and I bring some (to the movie). Whatever we have accomplished with Jawan is wonderful and thrilling."

Fans are quite ecstatic for the year 2023 and calling it SRK's year as the actor is getting back on the screen with 3 big movies. Apart from Jawan he will also be a part of Pathaan and Rajkumar Hirani's Dunki.