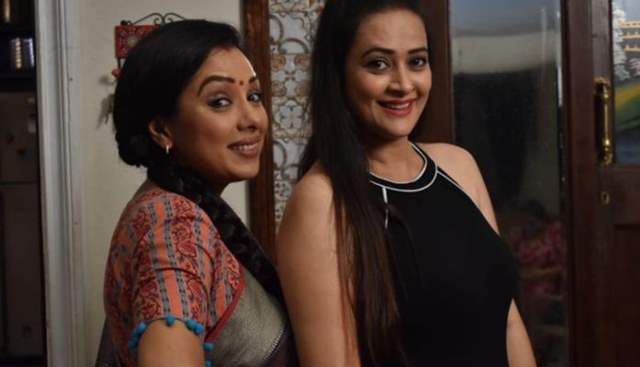 Jaswir Kaur made a comeback to TV of sorts after her short sabbatical when she was blessed with her baby girl Nyra. The actress is popular for shows like CID, Sasura Simar Ka, and others. As she returned to the screens, we saw her in not one but two shows - Shaktii...Astitva Ke Ehsaas Kii and Anupamaa.

While both her roles are varied and have been received well, talking about working in the shows, Jaswire added how she is happy to explore different characters, both at the same time. Ask her about the show Anupamaa, and she adds how every woman has faced similar experiences like that of Anupamaa, one where they have to fight for themselves and tend to fall weak. However, it is her character Devika that stands up for her to provide both power and confidence.

Among other things, she also spoke about her bond with Rupali Ganguly and how they know each other for a very long time. She adds how Rupali is a great actor and they both bonded naturally. She also went on to highlight how she keeps getting messages about Devika's return and she needs to ask Rajan (sir) about it.

She adds, ''I am glad that Devika happened. I have mostly landed up doing negative roles. So now, people have connected with me more and have known the other side of me. They have stopped abusing me for my negative roles. Instead, I am being thanked as Devika is being a solid support for Anupamaa.''

Devika's character sure has been instrumental in the way Anupamaa's story has progressed, and for good!

Rakhi to join hands with Vanraj to hurt Anupamaa?

Susan.Dsouza 1 months ago miss devika character in the show i hope she comeback soon