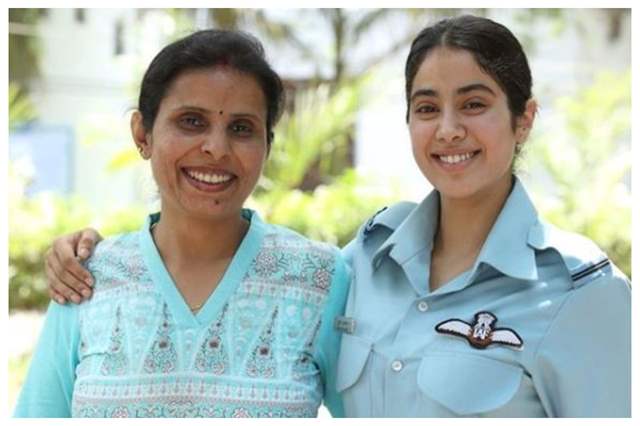 Janhvi Kapoor is gearing up for the upcoming film, Gunjan Saxena: The Kargil Girl. The movie was originally supposed to hit the screens earlier this year, however, the COVID-19 situation led to a delay, and now, it will be releasing on Netflix on August 12, 2020. The trailer of the movie came out recently and it was received well by the audiences.

Undoubtedly one of the much-awaited films for this year, the movie is yet another attempt at producing successful women lead films. Earlier today, Janhvi shared a video of the making of the film and in it, we can see how India's first, IAF combat officer Saxena herself, is present during the shoot and has some of the kindest words to say about a movie being made on her. While she revealed how she feels she has not done anything big, she also added how she understands that for others, it is special.

She shared a video and wrote, 'The most exciting, motivating and inspiring journey- discovering Gunjan Saxena.'

Check out the video shared by Janhvi Kapoor here:

Karan Patel takes an indirect dig at Kangana Ranaut in ...
37 minutes ago

Neil Bhatt talks about prepping up for Ghum Hai Kisikey ...
-43 seconds ago