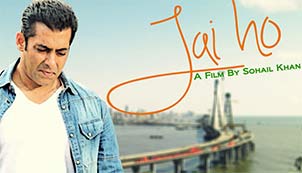 After using brand names like Zandu Balm in "Dabangg" and Fevicol in "Dabangg 2", the makers of Salman Khan's "Jai Ho" have come up with a peppy number called "Photocopy".

However, their first choice was "Xerox".

"Earlier, the word Xerox was decided to be used in the song but getting permission to use the brand name would have been time consuming, so we stuck to photocopy. I'm glad that the song has got very good response from the audience," Sohail Khan, director of the film, said in a statement.