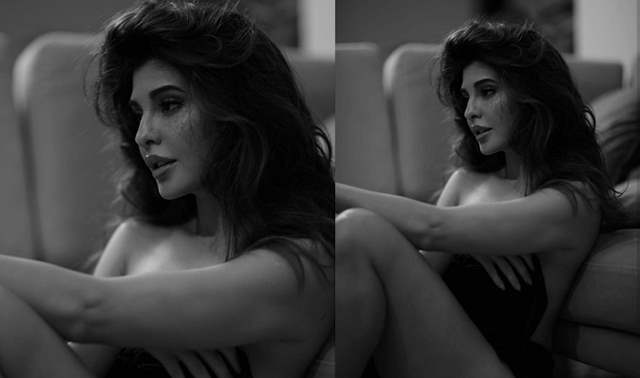 Jacqueline Fernandez is currently at her happy place shooting for her upcoming film, Bhoot Police at Dharamshala and has been constantly sharing BTS from the sets and taking her audience through all the madness that goes behind looking perfect infront of the lens.

Bollywood's sunshine girl recently shared a photo from her super hot monochromatic post on her social media with the caption, "Far far away..."

With her messy hair and perfect expression, Jacqueline looks super hot and is raising the temperature.

Having three big ticket films in her kitty, Jacqueline has a busy year and we can't wait to catch more behind the scenes. Jacqueline spent her Diwali in Himachal's lap and had an incredible celebration with the cast and crew.

Apart from Bhoot Police, Jacqueline will also be seen in Cirkus alongside Ranveer Singh followed by Kick 2 alongside Salman Khan.

"They tell you to be yourself and then they judge you": Jacqueline ...