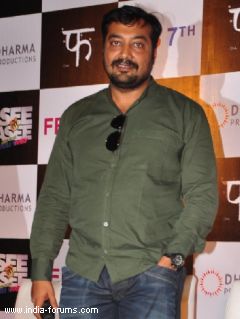 Be it scripts or dialogues, Anurag Kashyap has written for many directors like Ram Gopal Varma and Vikramaditya Motwane. But the filmmaker is not particularly proud of some of his works created for fellow directors.

"I've made good movies, but I've written some bad films. I won't take their names as they are by some other filmmakers' movies. But the ones the audience didn't like are the ones I am talking about," the "Gangs of Wasseypur" director said in a group interview on Monday.

The filmmaker, who is set to release his directorial "Bombay Velvet" in 2015, says he needs to make a film every year.

"I've to make a film every year. If my previous work is successful, it encourages me to experiment more. Every film gives you the freedom to do more and freedom has to be earned," he said at the Film Bazaar's session titled "Master Class: How and Why to maximise your film. Is there a formula?".

During the session, he also rued the paucity of exhibition space in the country.

"We need more exhibition space and the Indian government should create it," he said.

Kashyap also believes that some of the Marathi and Tamil films need to be discovered.

"There are some great regional films. I think some of the Marathi and Tamil films are better than Hindi movies, but they don't get discovered because of distribution issues in those regions," said Kashyap, who feels filmmakers don't encourage each other.

"If a movie doesn't release in a theatre, people download it from the internet. Filmmakers don't pay and watch," he said.

"We have to make festivals respectable. It is an exhibition space, not a place for competition," he said.