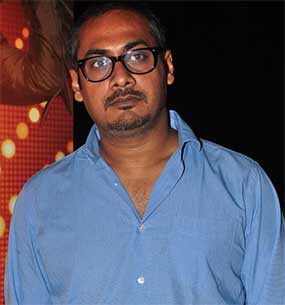 Abhinav Kashyap admits he's always lived under the tutelage of his elder brother and acclaimed filmmaker Anurag Kashyap, but his record-breaking directorial debut "Dabangg" helped him come into his own.

Considering himself fortunate to have a gifted sibling like Anurag, he also admitted learning the nuances of filmmaking from his brother.

"I have always been compared to him and I have always lived under his shadow. But with 'Dabangg' I was able to come out of it," Abhinav told IANS in a telephonic interview from Lucknow.

"We both make different kinds of films and we have both created a name for ourselves. I have learnt my work from him; so his shadow is a good one," he added.

Asked if the brothers take advice from each other, the 39-year-old said: "We don't discuss before accepting a project, but we do discuss after that. We value each other's opinion. I give him a mass entertaining opinion and he gives me a very cinema-literate opinion."

Abhinav's second film "Besharam", which featured Ranbir Kapoor and newcomer Pallavi Sharda, did not do well at the box office and he says the reason was the "mixed reviews".

"After 'Dabangg' people had an expectation from me, and I guess I was not able to meet up their expectation. That's what went wrong with 'Besharam'. People who love me were expecting something different from it. But the outcome was not as expected; so they were harsh with the movie," he said.

Did Ranbir's presence assure him of the movie's success?

"There was a sense of comfort. Ranbir is a young rising star. But we were aware he is not that popular in the masses market. If you look at 'Yeh Jawaani Hai Deewani', it did well in A-list cities, but not in the other parts. But, yes, I was expecting more from the movie because of Ranbir."

Recently, even Salman Khan-starrer "Jai Ho" failed to lure audiences and the director feels that the public has finally reached a "saturation" level where Bollywood masala movies are concerned.

"That's the message that is coming. I guess the audience now wants more than masala films. It might have saturated. Cinema is growing at a faster pace and things are changing every day. So it's difficult to judge," he said.

Anurag, known for making off-beat films like "Black Friday" and "That Girl in Yellow Boots", recently gave hits like "Gangs of Wasseypur - Part 1 and Part 2" as well.

Making films like his brother might be a good "opportunity", says Abhinav after his recent experience with "Besharam", which will premiere on Zee Cinema Saturday.

"Now is the opportunity. I had immense pressure after 'Dabangg', but the pressure is off now. So, I think it's the right time to make more serious cinema. I am still exploring the possibilities," the filmmaker said.

Abhinav is also into writing - he penned the script for "Dabangg" and "Besharam" as well as Telugu action film "Gabbar Singh".

Talking about his next project, he said that he has just started writing it.

"I can't reveal much about my next project. I have just started writing it. But I can tell you that it will be a romantic drama," Abhinav said.