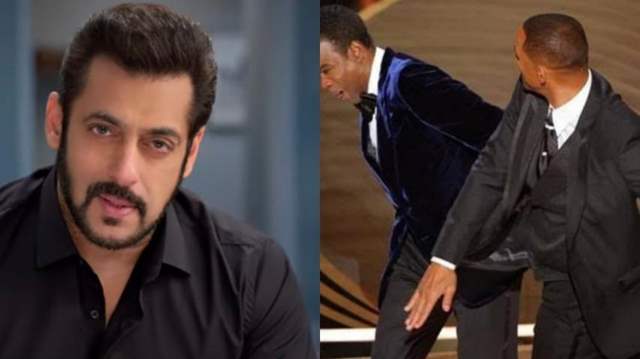 In the wake of the Oscars incident between Will Smith and Chris Rock, Salman Khan recently provided some hosting advice. A host, according to the star of 'Dabangg,' should be sympathetic to his audience.

Salman was questioned at a recent event if hosts should be careful with their jokes on stage. He stated in response,

"It's necessary for a host to be sensitive. Humor should never be below the belt and should always be above it. I've presented series like Bigg Boss, Dus Ka Dum, and a slew of live stage performances. Whenever I've hosted Bigg Boss and anything terrible has happened with one of the contestants that has made me upset or unhappy, I speak it out on the show."

"but I know there's a limit." At the end of the day, the candidates are also living in the house and must perform, so practice patience and sensitivity when dealing with them. I don't go overboard. Whatever I have to say, I say it on Saturday, and then I'm back to normal on Sunday."

"Even the contestants know that no one appreciates a blabbermouth or a loud voice. It will not benefit their careers if they blabber excessively. No one wants to work with a blabbermouth in the film industry."

At the Oscars, Will slapped Chris for making a joke about his wife, Jada Pinkett Smith. Afterwards, Will apologized to the Academy and then to Chris, for his actions.

+ 8
4 months ago Says the guy who made fun of the mental health of a 26 yr old women new in Mumbai on his show.