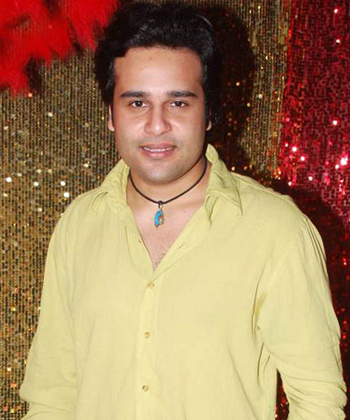 Comedian-actor Krushna Abhishek, who was appreciated for his performance in the movie 'Bol Bachchan', will now make his big screen appearance in "It's Entertainment" with Akshay Kumar. He says the entertainer is for children.

"Genuinely, after a long time, there is a film coming for kids. 'It's Entertainment' is strictly for kids. In the film, we have Akshay Kumar, myself and a dog and three of us go to solve a case," Krushna said.

"It's a great film and children will enjoy it. This film is also important for Akshay as he will be seen back in his 'Hera Pheri' mode," added Krushna, who believes his chemistry with Akshay is "awesome" in the film.

Meanwhile, Krushna is also upset that his film "Hook Ya Crook", 70 percent of which was shot, got shelved.

"My debut film was supposed to be 'Hook Ya Crook', but unfortunately it got shelved. I shot the entire film, but it got shelved. It is very disappointing," said the actor, who is currently hosting the new season of TV show Entertainment Ke Liye Kuch Bhi Karega.

Akshay Kumar gets Nod from UP CM for the Shooting for 'Ram Setu' in ...