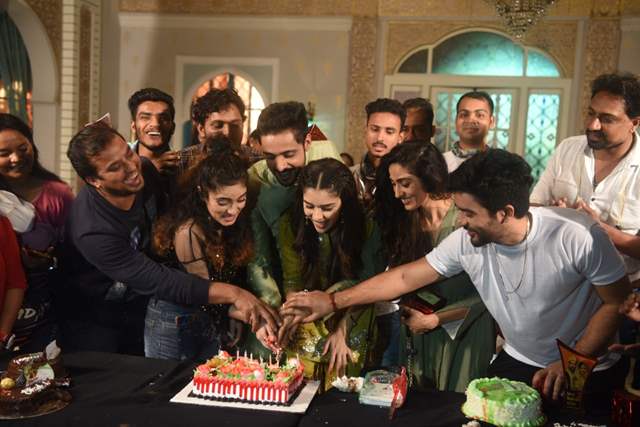 Zee TV’s young, romantic drama Ishq Subhan Allah which instantly struck a chord with television audiences is all set to bid adieu to its ardent fans on 2nd October after completing two immensely successful seasons. Throughout this time period, the show’s loyal viewer base stayed hooked on to its fine narrative, intriguing plot and well-defined characters played convincingly by some very talented actors like Adnan Khan, Tunisha Sharma, and Eisha Singh. The show ends at the peak of its popularity where the long-awaited reunion of Zara and Kabeer finally takes place with them reading the Nikah.

Delighted with the response towards her character, Eisha Singh who played the role of Zara said, “I am thankful to all our fans for having showered us with immense love and adulation. I have loved every bit of this wonderful journey and I am going to surely miss shooting for the show. This show was indeed like my baby. Above all, I will miss all my co-actors and friends that I have made on the sets in the course of this journey. Zara’s role has indeed given me a different identity and has been extremely close to my heart. There is a lot that I have learned from her and in many ways, she has been such an inspiration that it is surely going to take me a while to go from being Zara to Eisha. I believe, for an actor, this is certainly the biggest achievement.”

Overwhelmed at the love and response towards Kabeer, Adnan Khan shared, “I am going to miss this show terribly! I have lived the character of Kabeer for almost 2 ½ years now and he is one of the roles that has profoundly impacted my life. The experience of shooting this show has been nothing less than incredible and I am really thankful to my co-stars Eisha Singh, Monika Khanna, and our extended crew team for making this journey such a delightful, memorable, and enriching one. Now that the show is coming to an end I cannot help but say, all's well that ends well. I just want to thank all the people involved with this show and more importantly, to all our fans for being our pillars of support and strength. Love you all.”

“It's sad... Our Balika Vadhu team got to know and getting in touch with him to help...”

In an IANS interview, Ram Vriksha Gaur shared that he went to Uttar Pradesh for a particular film. However, they were stuck there because of the lockdown and couldn’t return. And even the producer of the film told that it would take another year or two for resuming the same. Gaur then revealed that is how he thought of taking over his father’s business and began selling vegetables on a handcart. He even mentioned that he is familiar with the business and have no regrets.

SamW92 25 days ago All the very best to the whole team. Wish there was a new season ! Will miss Eisha Singh a lot and hope to see her on screen very soon.