View Profile
'Raaz- the mystery continues' has created its hype among the audiences. But just have a look what the people responsible for its making have to say about it.

Well, my decision was to make a horror film and since childhood my and Emraan idea of an ideal vacation was to watch a horror movi 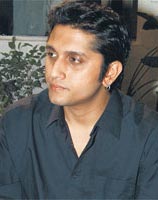 Featured Video
e every afternoon and at night we use to play scary tricks on each other. I had an innovative idea of making a horror film and Bhatt  sir had an marketing idea of carrying forward their brand ‘Raaz’ and this how ‘Raaz- the mystery continues’ came into being.

According to me ‘horror’ genre is yet to be explored in our industry. It has always been treated as an ‘experimental’ cinema in the industry. Even if horror films are made they are made with lot of bloopers or without songs. I personally feel that horror has always been a part of our industry, and then let it be in movie or on television channels. These days even news channels come up with many horror stories. And so I thought horror deserves to be put in mainstream commercial film bracket that’s why you have a horror film ‘Raaz.’

Do you think with this film you will be able to break the records of 1920.

All I have done in my life is always to believe in myself. The only person Mohit Suri competes is Mohit Suri and all I have always tried to do is beat my own records. I will be very happy if I make a better film than my previous films and one before that and better than all films.


These days’ comedy and romantic movies are in trend and Vishesh films have always come up with something new. What you have to say about it

Well, we don’t have any other option as we do not have a big stars working with us. So unless and until do something different from others who will come to watch our work. We work on the story basically like Shagufta and Mohit made good a story and we thought that the story was great and we can work it out with good music. And like Mohit said that ‘Raaz’ was our own ‘brand’ and Mukesh thought of the idea of reinventing this brand. Within all these parameters we have tried to put something new in the film and have done something that has never been done before.

I feel that when you do something different from the trend if not the market atleast audience supports you and market runs behind the audience. However, the audience come first and then comes in the market. We have always been doing this and whenever we have done it, we have gained success. 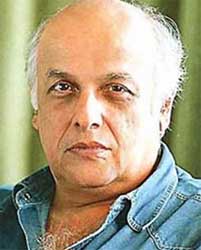 Ramsay is known to be one of the best brands for horror in the industry. Do you think you will be able to serve something different or much better than them

‘Ramsay’ has been one of the successful brands in the industry and this thinking of cultural class is looked upon very contemptuously. The common people have embraced this brands it’s the arrogance of some ‘intellectual animals’ that look Ramsay films as cheap. No doubt they have made films competently on a small frame work but we have thought of serving the same component in A grade or A+ grade because today its a trend of ‘packaging’ and when sub-standard products are packed well. Similarly we did for ‘Raaz- the mystery’ we improvised on the songs, music, and performance. And I feel that Mohit’s time its going to be better because the kind of narrative Shagufta has weaved is very new and introspective.

We believe that audience when audiences watch the promo their instinct helps them to decide whether they should watch a particular movie or not. If we talk about today, so even bad films are promoted well. You can’t fool the audiences with the promos of the film. Audiences can judge the product they are being offered. For ‘Raaz- the mystery continues’ we have tried to just portray the surface of the movie without divulging much about it and the kind of audience response we have got for the music of the movie. In a short time we have topped the music charts and I feel the kind of promos we have aired will leave a mark in the mind of audiences.

Emraan is said to be a lucky mascot for Vishesh films. What you to tell about it.

Its not said but it’s the fact he is lucky for us. Year 2008 biggest hit ‘Jannat’ starring Emraan belongs to us. Emraan has won many matches for us like ‘Murder’ though the whole credit was given to Mallika Sherawat, then ‘Gangster’ and finally he was credited for ‘Jannat’ as there was no one to bag it. But getting along with Mohit for this film he has created a ‘riot’. He is an asset to us and I feel great when my child is appreciated.

From where did you get the inspiration for writing a story for ‘Raaz- the mystery continues.


The way this story came into a being is itself a story. It happened that once Mahesh sir once recited a Kabir Doha to me and Mohit. It goes like "Bura jo dekhan main chala, bura na milya koi. Jo dil khoja apna, ta mujh sa bura na koi”.This Doha however captivated our minds and heart, this was the time when we decided to have a horror story based on this theme and this is how we weaved a story for this film.

Click here for Raaz-the mystery continues talk with the cast and crew.