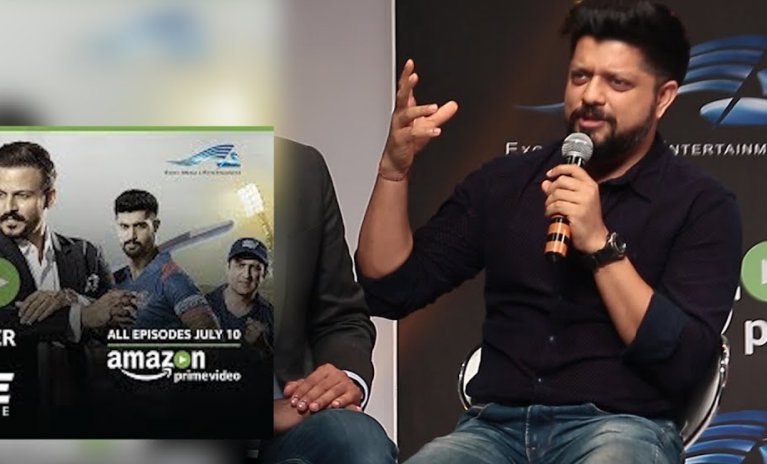 Amazon Prime Video and Excel Media & Entertainment's Inside Edge's trailer was recently released.  It showcases the various facets like greed, ambition, corruption, and, of course, cricket of the Powerplay league.The web series revolves around Mumbai Mavericks, a T20 cricket franchise playing in the Powerplay League.
Although, as the trailer was unveiled, the web series almost gave us the feeling of coming across like a full-fledged film. Infact, at the event, the makers were even questioned on how the series has been almost shot at the scale of shooting a film. Learning further, the process of shooting this Amazon original has been like the format of shooting a movie. From scripting to scouting locations to the production value, each element has been carefully put down.
The creator of the show Karan Anshuman shares, "The production of Inside Edge was no different than a full-fledged feature film. The script was finalized well before going on the floor. As the show runner, I guided a team of 5 writers in a writers' room scenario and together we put together 400 plus pages/minutes for the 10 episodes which are roughly three films. The production team planned a location-wise breakdown and all the episodes were shot together, unlike the TV and digital space."
He further added, "We also maintained cohesiveness with the post: with all episodes being edited and scored together. All this so that the series may release all at once as is the modern normal and viewers may binge watch at their convenience. There have been no compromises during the creation of Inside Edge and this journey has been nothing short of exciting for me!"
The Inside Edge cast consists of Richa Chadda, Vivek Oberoi, Angad Bedi, Tanuj Virwani, Sidhhant Chaturvedi, Sanjay Suri, Sarah Jane Dias and Sayoni Gupta.
Excel Media & Entertainment, a division of Excel Entertainment, one of the leading production houses of Bollywood that are widely known for their much-acclaimed films like Dil Chahta Hai, Lakshya, Rock On, Dil Dhadakne Do and Zindagi Na Milegi Dobara, collaborated with Amazon Prime Video to develop original content for the OTT service!  This association marks the first of its kind wherein one of India's leading production houses will join hands with world's leading OTT content providers.
0 Likes