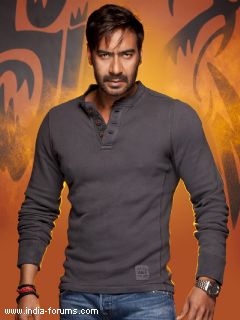 At a time when independent movies like "Ship of Theseus" and "The Lunchbox" have created a furore in the domestic market and abroad, actor-producer Ajay Devgn too wants to venture into "feel good" and "small budget" films.

The storyline, treatment and presentation of indie movies attract viewers.

"I am working on some scripts which are feel good films and small budget. But the only thing is that the budget should be limited because they have a limited audience," said Ajay, who has produced films like "U Me Aur Hum" and "Son of Sardaar".

As actor and filmmaker, Ajay opines that the first impression of a movie is important. He feels that Salman Khan has hit the nail with the impressive trailer of "Kick".

Ajay said: "I think it's a fabulous promo."

"The first promo is the most important one, so most of your job is done if your promo is appreciated. You never get a second chance. So that's how it is."

When the first look of Ajay starrer "Singham" was launched, Salman was one of the actors who appreciated his hard work.