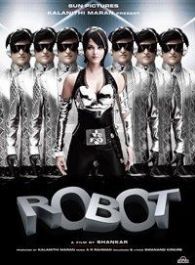 Mumbai, Oct 17 While Indian films have a global reach, they have yet to find a foothold in Japan. A senior official of Japan's oldest production studio says Rajinikanth-starrer 'Robot' motivated him to pay more attention to Indian movies.

'This is my very first Mumbai film festival and my very first visit to India. I think it's a pity that next to no Indian pictures have been imported to Japanese market,' Aki Sugihara, general manager at licensing and acquisition department of Nikkatsu Corp, told IANS.

Sugihara is here to take part in the Film Mart section of the ongoing 13th Mumbai Film Festival.

'Athough I didn't buy the picture, the information about 'Robot' came to us as a good stimulus to motivate us to pay more attention to Indian pictures. Before I came here, I knew there was a project called 'Ra.One' and '3 Idiots'. The rights for '3 Idiots' had been sold to every Asian country except Japan. We would like to do something for Indian pictures and I have been meeting Indian film producers,' he said.

But selecting films for release in Japan is not easy, says Sugihara.

'We would like to sign new types of Indian pictures, like '3 Idiots'. Japanese market is chaotic. After the March earthquake, we are recovering gradually and the market is getting more and more selective. So I think I have to be careful while choosing appropriate Indian films,' he said.

'I (found out) that annually two or three (Indian) pictures are released theatrically in Japan. Maybe people do not know about it. About 15 years ago, Tamil movie 'Muthu' (with the Japanese title of 'Dancing Maharaja') turned out to be a big hit in Tokyo,' he said.

The lack of information about Indian cinema has kept the Japanese audiences away.

'Japanese people know that Indian films are comical and singing and dancing for most part. People thought almost all the Indian pictures are similar. So people are not willing to go to cinemas to see Indian pictures. There are next to no buyers for Indian pictures.

'I would like to know what new is happening here and what new kinds of Indian pictures will be available for our market,' said Sugihara, who has met a few filmmakers here.

'I will come up with some conclusion but I will have to persuade my people in Tokyo because they will market the pictures,' he said.

If Indians films are released in Japan, they will be with subtitles; and for DVDs, both subtitles and dubbing will be used.

Any plans to collaborate with Indian filmmakers for co-production?

(Arpana can be contacted at arpana.s@ians.in)