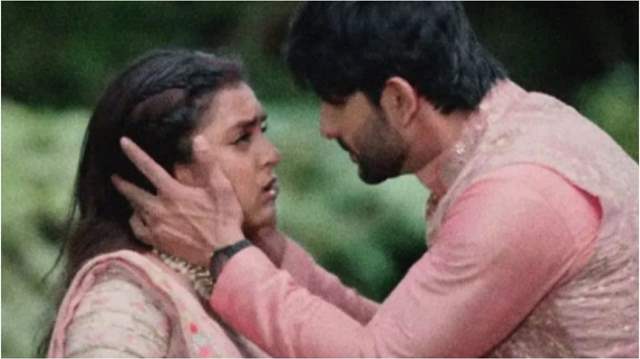 Star Plus show ‘Imlie’ is getting quite interesting with each passing episode. The current track of the show revolves around Malini getting Cheeni kidnapped. She has also accused Cheeni of stealing the golden idol. Imlie and Aryan are stressed thinking about Cheeni and her security. They leave to search for him.

In the upcoming episodes, Malini and Anu talk against Cheeni while the family prays for her safety. Neela asks Malini to join hands with her and get Preeta married to Aryan after throwing Imlie out of his life. Malini agrees but Anu frowns. Malini further reveals to Neela that she has gotten Cheeni kidnapped and asks her to keep her mouth shut. Neela agrees.

Furthermore, Aryan and Imlie search for Cheeni. They chase a car and it stops. The goons panic seeing them but act normal. They hide Cheeni while Imlie and Aryan walk towards the car. They show the goons Cheeni’s picture and ask about her but they tell them that they don’t know about the kid. While leaving, Imlie sees Cheeni’s hand and asks Aryan to chase the car. Goons see Imlie following them, they panic and the car meets with an accident.

Imlie and Aryan search for Cheeni but couldn’t find her. Cheeni screams for help and Imlie sees her hanging from a top spot. She freezes and tries to jump to save her. Aryan stops her and gets a rope. Imlie rescues Cheeni and hugs her emotionally.