In this new edition of Illuminated Artiste, BollyCurry presents the mesmerising voice of the talented Abhijeet Bhattacharya.
The man who stole countless hearts with his most popular song "Chalte Chalte" in the year 2003, has given us a long list of musical hits and superhits. Bhattacharya realized his 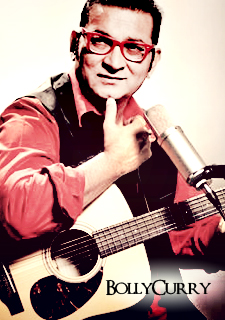 love for music in the early 1970s and still continues to amaze us today, even after four decades of hard work. Few of his fans may know that Bhattacharya's inclination towards singing made him quit a booming profession in Chartered Accountancy to pursue his passion for singing full time. He left his home to challenge his capabilities and look for opportunities where he could prove his talent and love for music.
And prove them he did.
Bhattacharya made his debut in Bollywood in 1984, when he received a call from R. D. Burman to sing for Dev Anand's son's film, Anand Aur Anand. He was fortunate enough to sing along with his musical idol Kishore Da in his very first foray into the world of Bollywood. However, it was not until the 1990s when he finally got the recognition he deserved as a renowned playback singer in the industry.
There have been many songs that have left their mark in the history of Bollywood music, with due credit to his voice and talents. Among them are songs from the movies Darr (1993), Yeh Dillagi (1994), Anjaam (1994) Raja Babu (1994), Yes Boss (1997), Main Khiladi Tu Anaadi (1994), Dhadkan (2000), Main Hoon Na (2004), Gangster (2006) as well as many others.
Bhattacharya bagged his first Filmfare award for the much acclaimed Yes Boss in the year 1997. He has been blessed to sing alongside with almost all the big names of the industry, including the legendary Lata Mangeshkar. Bhattacharya's passion for music also led him record his own pop music albums, such as Main Deewana Hoon, Tapori No. 1, Aashiqui, Tere Bina, Lamhe and AB.
All in all, Abhijeet Bhattacharya is definitely one of the most celebrated singers of late, and is an asset to the Bollywood music industry. Let us celebrate his contribution to the music industry with a playlist for all his fans spread all over the world. With such a widespread base of remarkable work, we decided to choose ten of his most popular tracks.
"Chalte Chalte" 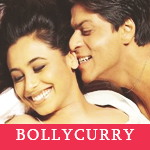 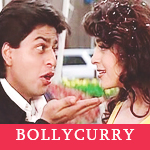 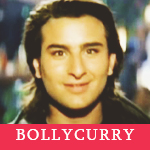 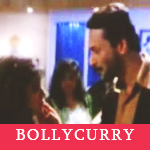 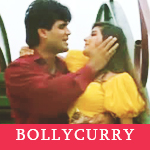 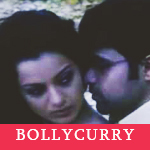 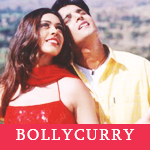 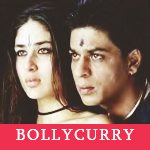 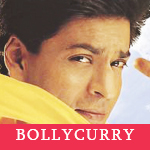 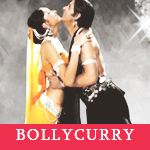 Movie: Om Shanti Om
Music Composer(s): Vishal-Shekhar
Singer(s): Abhijeet and Shreya Ghoshal
Which of his songs are on your playlists as well? Or are your favourite Abhijeet Bhattacharya songs one of his countless others? Leave a comment and let us know!

Author: Shikha A.
Editor(s): Aradhna K. and Jenifer Y.
Graphics: Shikha A.
Do you have a suggestion or comment for BollyCurry? Drop us a PM at BC_Dropbox today.