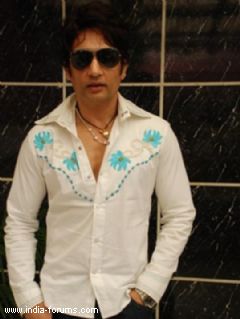 Who doesn't know Shekar Suman? He has been an actor, anchor, villain, comedian, a doting father who has been ruling this industry for many years but his charm and wittiness is still intact.
Shekhar was last seen on the small screen in Movers and Shakers season 2 on SAB TV, and now the actor is busy with his home production directing and producing a movie.
Shekar Suman gets in a candid conversation with TellyBuzz.
You have been missing from television from long?
Who says so? I am very much part of television and have been out of the box from say eight to ten months as I am very busy. My movie direction and production has kept my schedule tight. I haven't got time to take up anything because of it.
What kind of roles on TV have you been offered?
Well, I am offered loads of roles and talks are on for the new season of The Great Indian laughter Challenge, for the sequel of Dekh Bhai dekh and few daily soaps. I will see which is best suited for me and will take that up, and as of now my focus lies on movie production.
You have been largely a part of comedy, what is you take on Kapil Sharma who has been entertaining viewers with his comic timings?
I feel Kapil Sharma, Krushna Abhishek and Bharti Singh are great comedians and are best in their field. For myself I would say that I am not a comedian. My comedy shows are satirical in nature as well but I am more into doing serious roles and anchoring while Bharti Singh, Kapil Sharma are pure comedians and have created a market for themselves and they are best at it. They are pure comedians while I am a mixture of everything.
Meanwhile, I would also like to give them a piece of advice since Kapil Sharma and other comedians sometimes crack obscene jokes. I want to tell them that if they are brilliant comedians why do they need vulgar humor when they can entertain the audience with clean humor? Double meaning jokes are uncomfortable within the audience who watch Comedy Nights with Kapil since it is a prime time comedy show. I would suggest that they should have clean jokes.
We heard that you have been approached for Big Boss season 7 and you have turned down the offer?
I have been getting offers for Big Boss from Season one but some or the other thing comes my way which I am already committed to. I couldn't take time off to participate in Big Boss but I would love to be a part of Big Boss. People have been against Big Boss and have been commenting that our character gets defamed in Big Boss but I have a different story to share. I think it's a learning process for everyone. We live in a house with different kind of people and we learn to deal in a different manner. When we are in good circumstances our behavior is good but when we are in an environment wherein people are playing to win the show we have to be real and deal with the situation. Big Boss teaches you to deal with it and I would surely like to go into the Big Boss house.
When can we see Shekar Suman on small screen next?
You will see me on Television very soon.
Any message to your fans?
I would like opinions and suggestions from my fans as to what kind of role and avatar would they like to see me in. I am thankful to them for being with me through thick and thin.
Ruchita Mishra
9 Likes

--Saina-- 6 years ago It is a nice show...Not sure what show Mr Shekar Suman is watching

there's no way that kapil's jokes are dirty!!!

Looteri_Dulhan 6 years ago What the?

Comedy nights with Kapil is not at all vulgur show! It is the best comedy show ever on TV. I watch this show with my parents and not at all feel awkward! Kapil is best.

Neeki07 6 years ago I agree with each and everyone of you... My family and I watch Kapil's show religiously and his jokes are never vulgur, he is a true comedian, I have been a fan of his since day one...Krushna and Bharti on the other hand, do I need to say...

togepe30 6 years ago Buzz off Shekhar..
Kapil Sharma is a superb comedian and his show is not vulgar...

Krushna and Bharti are the ones cracking vulgur jokes...

nuckts 6 years ago lolz comedy nights with kapil as vulgar please it is the least vulgar show!
i always wait for weeekend to see the show, its difficult to create the characters like in some series show and yet create humour
kapil is spontanious no wonder his show gets so many big stars.

Sharif.Badmaash 6 years ago LOL... vulgar jokes are there on comedy circus , Kapil's show is perhaps one of the most cleanest comedy shows ever

rukhsar.crazy 6 years ago non sense..
kapil sharma is the best comedian ever..

Stellar.A 6 years ago Am I sensing the green-eyed monster here?

Jealousy is not good for the soul, Mr Suman.

smallwonder 6 years ago Comedy nights with kapil has never been vulgar yaar! It's pure fun... Cmmom!!

Promo Review: 'The Gone Game' Might Just Be a Gamechanger in ...
53 minutes ago