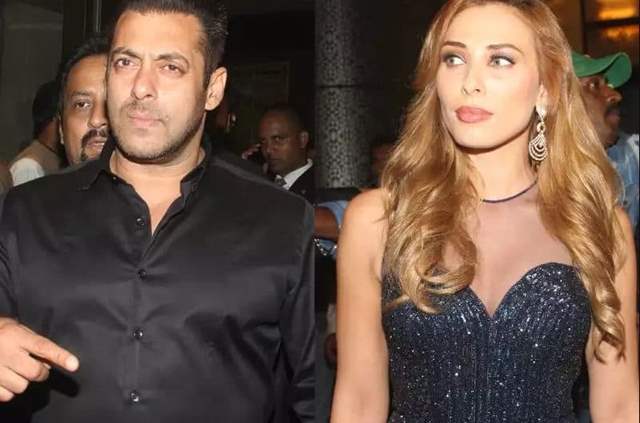 Iulia Vantur's vocals in Seeti Maar from Radhe has been garnering all the praises...

'Seeti Maar' from Radhe: Your Most Wanted Bhai has been trending worldwide ever since it premiered on April 26. Seeti Maar is a peppy dance track that hits you in all the right places in all the right ways. The set of the song looks lavish, and the choreography has been such that it's is a rage all over social media.

But, let's talk about the female vocalist of the song. Iulia Vantur has lent her voice to the character of Disha Patani in the song. Iulia, a Romanian by origins, isn't a native Hindi speaker. The way she has sung the song took the audiences by a pleasant surprise.

The flair with which she carries herself throughout the song's length is really laudable. She deserves all the praises she gets for her efforts, hard work, and dedication as a professional. Iulia has earlier lent her vocals to songs in films like ‘Veere’ from Veere Di Wedding, ‘Selfish’ from Race 3, ‘Baby Nu Bass Pasand Hai’ from Sultan. Apart from being a play back singer she also has the hit single ‘Harjai’ in her kitty.

Iulia who has also performed live for a USA tour along with Mika Singh earlier, talks about lending her voice for ‘Seeti Maar’,

“I’m honoured that I was choosen to sing this song. I loved the song when I first heard it and definitely Allu Arjun has raised the bar very high, the song was a big hit in the South. So it was a challenge for me and I hope I met the expectations. I remember one day I was called to the studio to record the song as a test, to be sent ahead to the very talented composer DSP (Devi Sri Prasad). I was hoping he will like my voice on it and I’ll be called back to the studio to record it. I was taken by surprise when they decided to go ahead with the test song I’ve already recorded. I’m very gratefult that everyone has received it so well and showered love and support to the song.

Unfortunately this is a very challenging time for all of us and my heart goes out to all those going through this difficult time. I would urge everyone to do their bit in helping each other. Emotional support is also very important now.

Music has healing powers, shifts our thoughts  and worries, brings hope, it keeps us going. We need this, especially now. Seeti Maar is an uplifting song. (If through my song, I can bring a bit of joy then my heart is happy). I hope India and the whole world to heal soon and will continue to pray for the same as when all else fails, prayers can do miracles. I hope that united we can fight the battle against Covid-19” . Have faith!

Shaikh Jani Basha, also known as 'Jani Master', is the choreographer of the song. Iulia Vantur and Kamaal Khan have voiced the song, and Devi Sri Prasad is the composer.