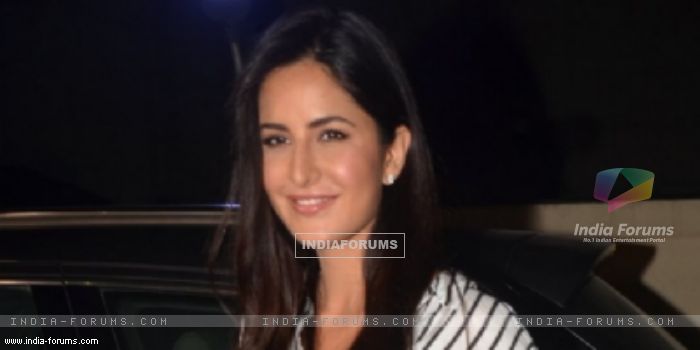 Geared up for the release of her new film "Jagga Jasoos", a musical directed by Anurag Basu, Bollywood actress Katrina Kaif says she was a dreamer as a child, and preferred watching children's cinema rather than reading comic books when she was younger.

The actress' character in the film has a child-like quality.

Reminiscing her own days as a child, Katrina told IANS in an interview here: "I was quite a dreamer as a child, and very musical. I used to love watching musicals (films) and would imagine a lot of stories in my head. I think I used to live in my own wonder world.

"I had quite an imaginary mind. Probably that is why I become an actress. I was not so much into comic books and all. Rather I used to watch 'Beauty and the Beast', 'Mary Poppins', 'The Sound of Music'. I loved watching them again and again."

She finds "a lot of similarity of the genre with 'Jagga Jasoos' that Dada (Basu) tried to create. This is one of the films that is meant to have a universal appeal... It's crafted in that way. But of course, it is quite a task to do that... Catering to a wider audience".

The film features Katrina with Ranbir Kapoor, with whom she has earlier starred with in "Ajab Prem Ki Ghazab Kahani" and "Raajneeti".

Interestingly, this is the first time she has acted in a musical and one which took three years to be made.

Asked about her shooting experience, Katrina said: "Besides the fact that it took a long time, I really enjoyed shooting the film because it was a unique creative journey for me. I think in three years, a lot of things have changed in the life of all the people who are associated with the film, and I am one of them.

"Now that the film is over and the result is up around the corner, at this very moment, I cannot feel the emotion. But once we can see the result of the film, I will be able to see its whole magnitude. Having said that, how I have grown as an actress through the film, that only the audience can decide after seeing my performance."

Being passionate as an actress, Katrina says she has become more focussed on her choices in life and that has helped her to grow as an individual.

"I think we must not forget about the greater picture of life and that shouldn't be determined based on your current status of success as an actor. You know, now, I would rather wait than do something just because I want to be occupied. Everything that I am doing right now, and probably the most part of my journey that I did, is something that I wanted to do.

"I think success and popularity in any field are attractive, but for actors, the waves of fame will come and might go away but you need to have a dream. As long as you take your work as mission, you work hard to make a mark. But don't let the result of your hard work break or make you," she said.

No wonder most of her co-actors and directors compliment her for being hard working.

"In earlier interview I said that it's a boring adjective (laughed)... I mean everyone is hardworking. I think people should come up with new adjectives and hopefully soon, after this release," she said.

The film is releasing on July 14.