Mumbai, March 5 (IANS) Petite and pretty Neha, who was introduced by Vidhu Vinod Chopra in 'Kareeb', is back. The actress features in Sanjay Gupta's 'Alibaug' and says when good offers stopped coming, she was happy being a wife.

'I've always been passionate about acting. But I couldn't go role hunting from door-to-door in producers' homes. Maybe that was a drawback in me. After a while, when the right roles stopped coming, I withdrew from acting and was just happy being Mrs. Manoj Bajpai,' Neha told IANS.

The couple married legally in April 2006.

'But it didn't really matter. Manoj and I have known each other for 10 years. I met him right after 'Kareeb' was released. And since then we've been together. We're individuals and yet a compatible couple. Now we've recently moved into our new home. Our own new home, just imagine.' 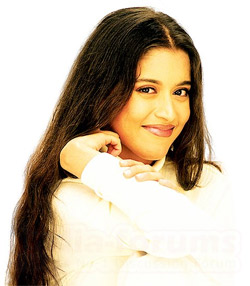 'I've done up the house piece by piece. And I still can't believe it's ours. Manoj and I don't need to socialise or go out to feel happy. We share long evenings of tea, silences and warm vibes right in our house. Nothing gives us more joy than to be together in our house.'

The career can come as and when.

'I'm in no hurry. Yes, I'm passionate about acting. But I won't run after work. I never have. I'll wait for the right opportunities to come my way. Like 'Alibaug' - it came to me when Sanjay Gupta asked Manoj about me while they were shooting for 'Dus Kahaniyaan'.

'Gupta wanted to check me out to see if I suited the role of one of Sanjay Dutt's students. I guess I fitted the bill. Shooting 'Alibaug' has been the most pleasurable phase of my career. Not that I've done so much work,' she said.

Tell her that people were wondering where she was and she quickly retorts: 'Come on, no one was missing me. I don't have a body of work. I wish I did. Hopefully, with so many kinds of films happening now I can find my space in cinema. Otherwise, there's always the space that I share with Manoj. Nothing can equal that.'

Neha has reverted to her original name Shabana Raza.

'I was always Shabana Raza. And that's how close family and friends have always known me. Neha was never me, it is too delicate a name to describe me. I'm far stronger.'

Strangely, in Bihar, where her in-laws live, Shabana Raza is still remembered as Neha prancing around with Ajay Devgan in an obnoxious comedy called 'Hogi Pyar Ki Jeet'.

'It was a big hit in Bihar. And whenever I visit the state with Manoj people remember me for my movie. So, for now that's my claim to fame,' said the actress who played Hrithik Roshan's love interest in 'Fiza'.