View Profile
Abhay Deol hopes that one day he will get to share screen space with his uncle, veteran actor Dharmendra, and cousins Sunny and Bobby Deol.  'I really want to do a film with my uncle and my cousins. I'm sure it will be really interesting to work with them,' Abhay told IANS in an interview. 'I am scared to work with my uncle and Sunny Bhaiya (Sunny Deol) because I don't know if I will be able to play anybody else around them apart from my usual self. I feel acting with Bobby will be much easier since we are closer in age,' he added.


Abhay said that uncle Dharmendra has been very 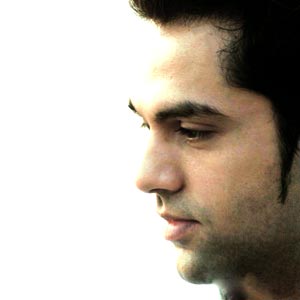 Featured Video
supportive of his decisions and always appreciated him for his performances and selection of roles. 'My cousins and my uncle have been iconic heroes in the industry and I don't think I'm anywhere close to that, but I'm happy that they like my work. They are my elders and it's natural for me to look up to them,' Abhay said.


Abhay made his debut in 2005 with 'Socha Na Tha', a home production. He then went on to prove his acting prowess with films like 'Ahista Ahista', 'Manorama Six Feet Under', 'Ek Chalis Ki Last Local' and 'Honeymoon Travels Pvt. Ltd'. After giving critically acclaimed performances in the past, he is now ready and upbeat about his forthcoming film, 'Oye Lucky!Lucky Oye!' directed by Dibakar Banerjee of 'Khosla Ka Ghosla' fame.


'The film is about a thief. He is a man who wants to live a luxurious life. But along with the ambition that he has to become somebody, move up the social ladder and have a huge amount of money, he also wants other things like respectability, care,' said the actor who plays the protagonist in the film. 'Oye Lucky! Lucky Oye!' also stars Paresh Rawal in a triple role and actress Neetu Chandra in the lead.


The film is scheduled to hit the screens Nov 28. Abhay, who is working with Paresh Rawal for the first time, said he was initially 'nervous' at sharing the same platform with such a senior actor.'It was really good working with Paresh Rawal. I was nervous at first because he is such a big star and I love his performances, but the initial nervousness went away once I got to know him. He is a very simple and hardworking man.


'While working with him, my performance also got better, because when you work with a great actor, your timing also falls in place. I was glad that I got an opportunity like this,' Abhay said. The actor who has a penchant for unusual scripts and different subjects had only worked with debutant directors before 'Oye Lucky...'. However, he maintains that it was not a 'conscious decision' to work only with the new crop of filmmakers.'I knew that it might be a risk working with new directors and I didn't want to do that. But it just worked out this way. There was no conscious decision behind it,' Abhay said.'I just read the scripts and I really liked them, and it just happened that all of them had a debut director attached to them,' he added.

Abhay said he is interested in producing a film next year.