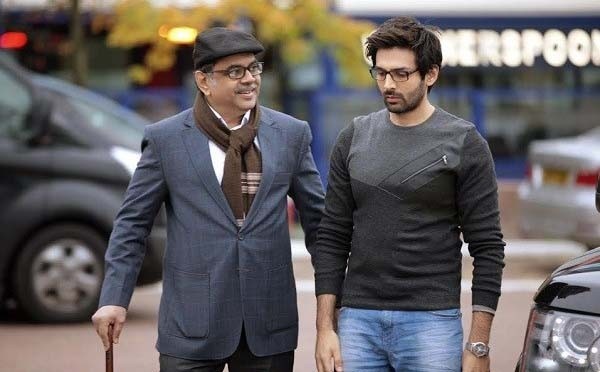 Actor Kartik Aaryan, who shared screen space with veteran actor and BJP MP Paresh Rawal in "Guest in London", says he respects him a lot and looks up to him whenever in need.

"Paresh sir is someone I'm really close to in the industry. He's one of the few gems in showbiz who genuinely guides and helps his co-stars. We bonded really well during the shoot," Kartik said in a statement.

"While working with him in 'Guest in London', I got to learn so much. Today after the film is wrapped up and ready for release, I'm still in touch with him and ask him if in doubt. I really respect and adore him," he added.

Directed by Ashwini Dhir, "Guest in London" also features Tanvi Azmi and Kriti Kharbanda. It is slated for release on July 7.

'The camera should never go off', Nawazuddin Siddiqui on ...
an hour ago

Karan has a Hand in Neha Bagging Talk Shows? Suchitra ...
3 hours ago