New Delhi, Aug 11 (IANS) Dusky beauty Bipasha Basu says she never wanted to be an actress and her stint in Bollywood came by chance. 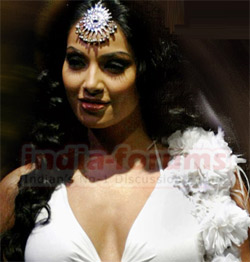 Featured Video
Bipasha, whose acting in films like 'Corporate', 'Raaz' and 'Omkara' has won her rave reviews, told IANS: 'I never wanted to become an actress. I was happily doing my modelling but then I got bored of it. Acting came to me just by chance.

'But yes, I'm thoroughly enjoying it now and don't think I will get bored of it, but still if I do, I'll find something else to do.'

Looking gorgeous in a green dress, the Bengali beauty, who was here for an event, said she was looking forward to acting in one or two substantial projects a year that would give her satisfaction.

'Now that I have achieved something in Bollywood, I really don't want to work everyday of my life. Frankly speaking, I don't need to work for money or fame,' she said.

'I have made my bit. Whatever assignments I take up now will only be for myself. It should satisfy me.

'There are many films that our industry is making but very few interesting. If you look at the cream of Bollywood, they just do one or two films a year, and I feel that is the best thing to do because then you produce quality.'

Bipasha, who is reported to have been roped in for Mira Nair's ambitious project 'Shantaram', on the life story of a convict based on Gregory David Roberts' best selling novel of the same name, said she would always be associated with Bollywood in some way or the other, even if she gets bored with acting. 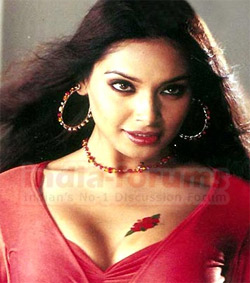 'I'm very interested in the process of filmmaking. If I opt out of acting, I think I will be involved in some aspect of making movies. Either I will take up writing or assist someone, but as of now I'm in love with our industry. It is a fantasy world.'

The silver screen diva's personal life is under public scrutiny. From her lip lock with football sensation Christiano Ronaldo, her romantic link up with Saif Ali Khan to her speculated break-up with long time boyfriend and Bollywood hunk John Abraham, Bipasha has made some juicy headlines.

But the actress says the probing eyes and ears of the media never affect her.

'I understand that it is everyone's job to make a story. There is too much competition to break news or write something interesting,' she said. 'I believe it is part of their job and I'm sure many have to do such things even though they might not feel like writing such things.

'But I'm not affected by all the speculations and scrutiny. I cannot stop it, so why bother about it. One has to be intelligent about such stories. I understand such news is being reported because it sells. For me, people around me matter, not what people are thinking about me or writing about me.'