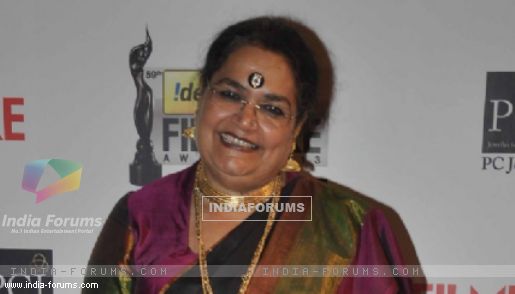 "I love awards. I think it's truly a recognition and that's what we all are working for. When an award is given to me, it's a recognition. I hope I get an award and I love it," Usha, known for her powerful and unique voice, told IANS.

"At least I am honest about it. Everybody feels it, but not all are willing to say it. My fruit is when the audience reacts and I love that," she added.

However, while many lyricists and singers are of the opinion that the lyrics don't make any sense these days, Usha says it's a trend.

"I am not an authority of any kind to opine about lyrics. There are lot of artists who are saying horrible things about the music, but I have always been a positive thinker and a compulsive optimist. I do believe if given a chance it will become a classic," she said.