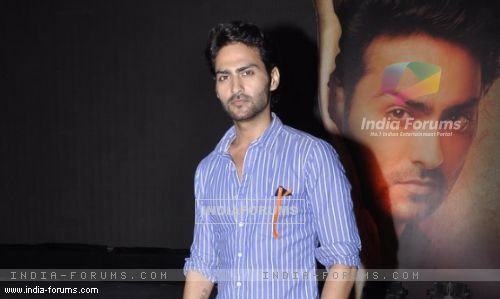 Balaji Telefilm's new show Yeh Dil Sun Raha Hain is all set to hit the TV screens soon. The story depicts a love story between a spoiled brat Arjun Singh and studious Purvi Sharma which will be played by Navi Bhagu and Aparna Dixit.

Actor Navi Bhangu who started his career with Life OK's Amrit Manthan is climbing the ladder of success as he will be seen essaying the role of the lead Arjun in Yeh Dil Sun Raha Hai.

Let's see what Navi has to share with us -

I am excited at the same time very much nervous. I am playing the character of Arjun which  have never played before and this character is something that I have always looked forward to and wanted to do since beginning of my career. And as rightly it is said that everything happens at the right time and the time has come today.

How did you bag the show?

It is because of my God whom I trust upon and another is Ekta Kapoor ma'am who selected me for this character and thought that I can suit best to it.

You have portrayed various characters on screen before how different will be this character?

It is a very entertaining character and I feel whatever work we are doing should be done whole heartedly so I am enjoying this character and having fun playing it. This character is very much different from all my previous characters as this guy feels superior and thinks that he is the hero and everyone is zero in front of him. It is typically a character of a spoiled brat who has been given full freedom and rights to do whatever he wants to do since childhood.

Tell us something about your character?

My character is very much flirtatious who is proud about his family name. It is quite a joyful character and he has so much confidence in him that he thinks he is superior to all and nobody can say him No for anything. He feels there is nothing except him; he is only special for everyone.

Lastly any message you would like to give to audience?

Please watch the show and I am sure you will like it.

shanaya28 6 years ago Navi Waiting to see you back on screen again.you rocked as Agam and Samarth..i'm sure you will do justice to your new character..Arjun..All the best...