Mumbai, Aug 23 (IANS) Akshay Kumar has given the maximum number of hits in the last one year and now the box office collections of his new release 'Singh Is Kinng' has cemented his position as the number one star.

'But I don't want that. I'm not a superstar. I'm not saying this for effect. I'm only here to entertain people. I keep telling my wife I don't want to be either No.1 or No.2. I just want to be alive and kicking in the film industry,' Akshay told IANS.

Akshay describes 'Singh Is Kinng' as an entertainer.

'It is not a great film. It's an entertaining film. That's the kind of cinema I believe in,' said Akshay who has dedicated the film to his father and secretary, both whom have died.

'It's my first home production and I've dedicated the film to my late secretary, Mr. Vikas Bali, and to my father. They'd be so proud of 'Singh Is Kinng'.'

Do you think 'Chandni Chowk To China' will be as big a hit as 'Singh Is Kinng'?

'That's a scary thought. And I don't want to think about it.'

Q: Another hit, I guess. Katrina Kaif tells me she just follows you into projects?

A: Thank you very much, Katrina. But please don't trust me blindly. I still have a lot to learn about scripts and cinema. I make a lot of mistakes. I hope when I make a mistake in selecting a script, you (Katrina) are not in that film.

Q: Why a film on Sardarji?

A: When I was younger my dad and I would have endless discussions on movies. One of the things that bothered him was why Sardarjis were ridiculed in our films. My father's concern remained somewhere in my subconscious. That's how 'Singh Is Kinng' was born. If I produce any more films, it would be about issues that I've grown up with and believe in. 'Singh Is Kinng' is a tribute to my Punjabi community.

A: Ha ha, you can say that again. But like I keep saying these days the real king is Mr. (Amitabh) Bachchan, and no one else. Some people don't like my saying this. But it's the truth. Whatever I'm today is because of the love and support of my fans. Beyond that I don't want to be the king.

Q: Superstardom is a slippery status.

A: And I don't want it. I'm not a superstar. I'm not saying this for effect. I'm only here to entertain people. I keep telling my wife I don't want to be either No.1 or No.2. I just want to be alive and kicking in the film industry. By the grace of god, this industry has given me immense love and affection. I've got much more than I deserve.

Q: But you've worked hard for it.

A: Yes, it's not easy. When you reach a certain position, it isn't easy to hold on to that position. It's the crab mentality at work. When I'm told 'Singh Is Kinng' has got the biggest opening ever, I can only thank my audience, my fans and my community. Also, the media has been very kind to my film and me.

'Singh Is Kinng' is not a great film. It's an entertaining film. That's the kind of cinema I believe in. I come from the grassroots and that's the majority section I want to pay off my debts to. I don't think ordinary people want to pay Rs.150 to watch a film that preaches and sermonises. There's so much stress in real life. I want my films to be stress-busters. 'Singh Is Kinng' has a message, but not done in any loud way.

Q: All your recent films have been hits, except 'Tashan', which we won't mention.

A: Oh you can mention it. I'm not the least ashamed of 'Tashan'. I loved my role of Bachchan Pandey. I want to thank Aditya Chopra for giving me that film. Why should I disown a film just because it hasn't done well? If I'm getting the credit for 'Singh Is Kinng' then I also want to stand by 'Tashan', which may not have done that well. But it got me a lot of appreciation.

Q: Do you feel a whole lot of pressure trying to sustain the box office success that has come your way?

Q: It is a large responsibility on my head and shoulders.

A: Until the day before the release of 'Singh Is Kinng' I was so tense I had stopped talking to my wife. I become edgy before every release. But this time it was worse. So many factors are linked to 'Singh Is Kinng'. It's the first controversial film of my career. Most important of all, it's my first home production. I've dedicated the film to my late secretary, Mr. Vikas Bali, and to my father. They'd be so proud of 'Singh Is Kinng'.

Q: It was very gracious of you to dedicate your film to your secretary.

A: I did what I felt to be instinctively right. Mr. Bali was not just my secretary. He was a father figure after my father. His wife didn't know about the dedication. She called and got very emotional when she saw the film. Today, Mr Bali's brother looks after my work.

Q: You always told me you'd never get into production. What made you change your mind?

A: There's a time and place for everything. I've been in this film industry for 18 years. When I got the title 'Singh Is Kinng', I wanted to make the film in partnership with my friend Vipul Shah. I identify very closely with the North-Indian family values.

Q: How do you find the time now?

A: I don't know how I do it. But I've to find the opportunity to watch every film. If I miss one, I make a note of in my diary and then catch up with the film later. I had missed 'Cash' and 'Race'. I watched them recently.

Q: Will you be producing more films?

Q: Now do you think 'Chandni Chowk To China' will be as big a hit as 'Singh Is Kinng'?

A: That's a scary thought. And I don't want to think about it. That's my autobiographical film. It's the story of my life. I always wanted to put my own journey from Delhi to Bangkok into a film.

Q: Are you taking credit for the story?

A: Not at all! I've no fascination for taking credit for anything apart from acting. Full credit for the story of 'Chandni Chowk To China' goes to Sridhar Raghavan. I told him my own story of a waiter from Chandni Chowk, who goes abroad and learns martial arts. Sridhar added about 80 percent of his own ideas to my story. 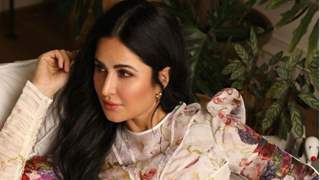 Katrina Kaif is an ethereal beauty in a dreamy floral gown; hints at a ...