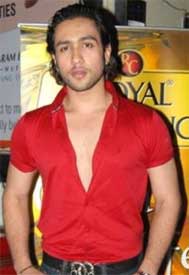 Bollywood actor Adhyayan Suman believes in learning from the past and does not blame actress Kangna Ranaut, with whom he was in a relationship, for anything.

'I was too young, too immature and gullible. My parents and my friends warned me I was losing out on my career because of my relationship. Like any young besotted guy I couldn't see reason. I thought anyone who advised me against the relationship was my enemy. I was blinded by my passion. I don't blame Kangna for anything. It was a great learning experience for me. And I'm glad I went through it at the start of my career instead of later when I'd have much more to lose.'

The young actor is now trying to rebuild his career. 'I got a great break in 'Raaz'. Then decent reviews for 'Jashn'. The Bhatts gave me a great break. But unfortunately the marketing was not done properly.'

Adhyayan admits he had to spend Rs.30 lakh from the family's pocket for the marketing and promotion of 'Jashn'. 'But I'll always be grateful to the Bhatts. I don't regret the Kangna episode either. I see them as important links in my growth as a human being and actor. I'm ready to start again.'

Adhyayan is now playing the lead in Rani Mukherjee's brother Raja Mukherjee's film and also Telugu hotshot Sekhar Suri's film about how stars are exploited by politicians during election campaigns.

'It starts off as a story of a star who campaigns for a politician. Then when he realises he's being used by wrong elements the star stands for elections himself. I quite identify with the character's growth from smugness to selfconsciousness. I know I've been blind and I seemed arrogant in my attitude. All that has changed now,' says Adhyayan.