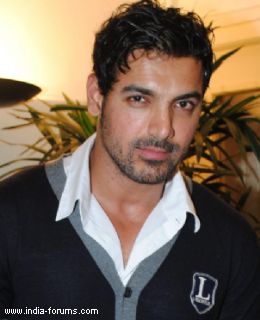 Mumbai, Sep 29 John Abraham strives to excel in every character he plays and therefore restricts his work to one film a year. Though he is 38, the actor doesn't feel the need to run after films as he feels secure in his space.

Nowadays Fridays are not only about new movies, they are also about new faces and most actors are signing films after films to consolidate their position in the industry. John is however taking it easy as he wants to give his best to every project he takes up.

'I'm a very secure person. I've always been told by people, 'You are a commercial hero, just go out there and your film will be a hit.'

But I have always done one film a year because I feel that you need to put effort in your character in every film,' John told IANS.

'As an artist that's what we strive for. Everything requires an honest shot. If I keep churning out films like a soap factory, I don't think I'm going to enjoy working. People like me because they feel that I do different things. They respect me for that,' he added.

John, who made waves with his roles in films like 'Dhoom', 'Dostana' and 'New York', could not manage a hit in his last three releases - 'Aashayein', 'Jhootha Hi Sahi' and '7 Khoon Maaf'.

But the actor is now looking forward to his action-romance film 'Force', which is a remake of Tamil hit 'Kaakha Kaakha'. The film is slated for a Friday release and is about a dutiful cop and his encounters with a dreaded gangster.

With 'Force', directed by Nishikanth Kamath, John is returning to the action genre after years and for the role he modelled his body on Hollywood actor Sylvester Stallone.

'After 'Dhoom' people expected me to do action,' said John who took a break from the genre as he feels 'there is a time and place for everything and I think I'm more mature as an actor now. Even bodily I'm far more fit; I've understood my body better now'.

'For this film, I was very clear that I don't want to do cable action. I wanted to do real, raw action, something that Sylvester Stallone did in 'Rocky'. So I wanted to do that level of action and I wanted to look like him. That's what I concentrated on,' added the actor who also worked in Deepa Mehta's period drama 'Water'.

'The important thing was that I needed to look the part of the cop I'm playing in 'Force'. Nishikanth briefed me saying, 'I want you to look like an international Hollywood star, like Stallone with a body that looks like a machine.' he added.

And it was not easy-the actor had to work overtime and extremely hard to attain a physique that suited the character.

'For 'Aashayein' I lost 16 kg and for 'Force' I put on 12 kg. I worked really hard for eight months, three hours a day work out. There is no short cut to a body like this,' he said.