View Profile
Tell us about your role in E.M.I?


E.M.I is film about loans, repayment etc. My role is Anil, a junior accountant, in a chemical firm. He is a regular common man who comes to Mumbai. As we all know to match the life style in a normal junior accountant salary is not enough, so he needs a loan. He is a “Wanna be” Mumbai guy with a lil bit of Masti and also has a roaming eye. Now he falls in love with a girl and then obviously his loan is double, so now he is taking loans from two people (like normally all men who want to get married do). He takes loans for marriage, honeymoon, laptop, basically for everything. So these loans create a rip in his relationship, which he doesn’t intend, but it happens naturally, so eventually he falls and because of this Sattar Bhai comes into his life.


What drives you towards choosing a particular role in a 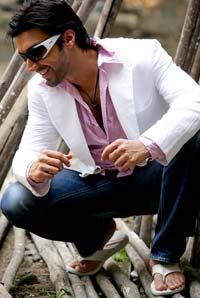 The word different is used maximum in our industry, when you hear about a script or song, you get to here “Yeh alag hai, yeh hatke hai, yeh different hai”. I would never like to run away from comedy because that’s where the audience has accepted me but at the same time when a script comes which is genuinely different. Nobody has ever made a film on the topic E.M.I before neither in Bollywood nor Hollywood. I was of the opinion that it was a great script which I still believe it is. When production house like Balaji, T-series, Popcorn and Sahara are backing it, it means everybody believed in this subject. And also we had A-list cast Sanjay Dutt, Arjun, Malaika and Urmila believing in the script, so obviously all the element in the film was working. I am very fond of multi-starrer, so it turned out to be a yet another film from which I would learn a lot from the other actors and producers involved and do something which is genuinely not the run of the mill.


You are known for your suave personality so what made you to deglamourize your look for this role?


I don’t know what I am known for, I do multi-starrer films and I am not one of those actors who forces oneself to take solo’s, I will do that when I feel, it’s worth for the audience to spend that kind of money to watch just me when they could spend the same money to watch huge multi-starrer from a Yash Raj Films. I believe multi-starrers work, when every character works, when every character works the the film works and everyone benefits. It’s only important to work on characterization. In this I play a common man and I think it is most difficult to play a everyday person role in a film, it is very easy to play a psycho and a negative role, even over the top comedy getting slapstick, at least come easy to me, but to play a regular boy to which everyone will relate with is really difficult. Obviously it comes out to be easier if you characterizes your role correctly. It’s the same philosophy when you wear boots you have a better walk than when you wear sneakers.


How is this role different from what you have done before in comedies?


In this film I am not doing comedy, it’s the situation that is funny. 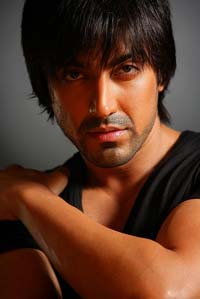 Apart from deglamorizing your look, what other efforts you took for playing this role of a middle class person.?


I am not like those actors who observe characters and all that. When I read a script, there is a certain image that I make of that character in my mind and of course to look it you have to have professional help, you do have stylist and all in the film like I was very against keeping a moustache in a film because I never thought it would suit me, I guess somewhere down the line you feel “nahi yaar I will look really bad” but that was a very stupid reaction by me, which my director and Suniel Shetty got rid off. They insisted that I should try and they gave me a presentation where they added moustache on my face in the computer, I accepted it and I went on. And just the get up made me feel like I am into the character and the rest is what I have experience from the people the maximum effort I have in the film is to get rid of my acting.I am just relating to my situation and behaving like just another ordinary guy, so I guess it is the picture of the character that I cleared in my mind when I read the script and just followed what my heart felt.


Are you in favour of E.M.I (easy money installment not the movie) or you think its a bad deal?


I am a complete loan bankI think it’s a revolutionary concept, there was time when we didn’t know we could get loan for anything and now we get loan for absolutely everything like gift, holiday, in fact if you don't pay a loan to a bank in a particular defaulter you get other loans that offer you loan to pay your loans that’s the kinds of facility that are coming in. I thinks that’s excellent because I think life is short and you have a very little earning period and if you can’t live the life style you want to in that time then it’s a waste of life. Of course, I also believe, in the saying “jitni chadar hai utna hi par felao” means you should know your limit, when to put the break. If you place correct in your mind this is how much I am going achieve or earn, then it becomes a motivating factor, in fact every morning you wake up knowing that I have to work only that’s how I’ll be able to pay off for what I have taken loan. If you do it right in fact that can take to towards success because you would land up working more than you normally work because you’ll know at the end of the month you have to pay these bills. So for me it’s been very motivating to take loans for small things, also I love using credit cards, even credit cards is way of taking loan, plastic money. You are paying by your credit card at the end the bank is paying the money and if you default it at the end of the month that becomes a defaulter. I haven’t been taking huge loans like business loans that can tear me apart I have taken ordinary loans for car, holiday etc. 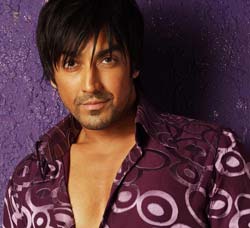 dhamaal’. So how was it working with him so far?


Interesting I will be doing yet another film with him other than these three. When I met him on the sets of Dhammal; Ritesh and Arshad introduced me to him, the first meeting itself with him made me comfortable as a person. Even though I have grown up looking at him as a fan, I use to read about him, his life in the newspapers, but the way he shared everything in one meeting made me comfortable and he also helped me in my acting eventually. For him you can learn how not to be a star and at the same time you can learn how to be a star because when you look at him you know this how stars behave, act and this is how they deal with people; like for this film, when he went in, he actually wrote a letter to Suniel Shetty saying I am sorry for going in and I really want to finish the film, when I come out I will finish it, the first thing. You know few thing you see in certain people you want to be like them when you grow up. And he is one of those and of course he is one of the lucky charms as when I did a film with him it turned into Gold, something that benefited me a lot in my career. When I observe him I feel like this is how I want to grow up to and I feel really happy and I think he is my good luck.


What does the crystal ball show for you in the future?

After E.M.I, I have finished 'Daddy cool' for Inder Kumar, he is the one who made Dhamaal. Then I have finished 'Banda ye bindas hai' for Ravi Chopra that’s with Govinda, Lara and Tabu, then I have finished 'Paying guest', with me, Celina, Jaaved and etc. Now I taking UTV’s 'Season Greetings' and in December I take on 'Purple Lake' my solo film with Vickram Bhatt and in January I take on with 'Kya Cool hai hum' then probably 'Double Dhamaal' should be up because these have already blocked our dates.


Message for your bollycurry fans?

I don't think I am really in a position where I can preach. But at the same time I just feel that its time when you got to follow your dreams for me I have always kept my options open I have this profession as a hobby I was an ardent movie watcher I have just followed my liking in terms of an audience and that’s how I have dealt with my desires to be an actor. I would like audience to be as judgmental as they have always been because I think audience is always right. And watch E.M.I, may be you end up liking the film.