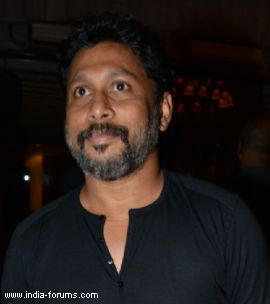 Shoojit Sircar, known for his different sensibilities and filmmaking techniques, thinks that he cannot handle subjects like "Dabangg" and "Krrish" as he believes in making small-budget films that intend to both entertain and inform.

He has so far made just four films and only three of them have been released.

If his debut movie "Yahaan" in 2005 was a love story set in troubled Kashmir and he managed to carve a niche for himself with it, his second film - Amitabh Bachchan-starrer "Shoebite" focussing on a 60-year plus man who sets out on a journey of self-discovery - still languishes in the box.

In 2012, Sircar proved his mettle with "Vicky Donor", a light-hearted drama revolving on the subject of sperm donation . It was followed by the highly acclaimed "Madras Caf" - a gritty drama starring John Abraham based on the Sri Lankan conflict in the 1980s - which strengthened his position as a filmmaker.

Talking about his kind of films in an interview with IANS, Sircar said: "I believe in small budget films. I don't believe in spending on a lot of dancers."

"I believe in good cinema, but that doesn't mean you can't make spectacles - you can make 'Dabangg' and 'Krrish'. But the kind of cinema I believe in is called infotainment. I am not meant for 'Dabangg' or 'Krrish' kind of films," he added.

He said that if his film "engages the audience for two hours and if the audience takes home something", it makes him "happy".

"If you go back home thinking about my film, I will be happy."

Sircar, currently busy with his production venture "Running Shaadi.com", admitted that he is ignorant about several aspects of marketing and production.

"I am a producer, but I don't understand many things about production. I am a creative producer, I understand about creative content. I have learned marketing from John Abraham," said Sircar who had directed John's first production venture "Vicky Donor", which was a blockbuster despite having new faces - Ayushmann Khurrana and Yami Gautam.

Sircar says the star system is here to stay, but a star cannot guarantee success if the content is not good.

"Star system will always work. In Hollywood, star system still works. But in Hollywood, directors also get their due credit as the audience wants to know whose film they watch. Stars cannot run the film, if the film does not have any content. I think the audience is the best judge."

He is producing "Running Shaadi.com" under his banner Rising Sun Films.

Sircar said that after "Madras Caf", he wanted to do a light-hearted subject and first-timer Amit Roy is directing it.

The film starring Amit Sadh and Taapsee Pannu just went on floors in Amritsar. It will primarily be shot in Punjab.