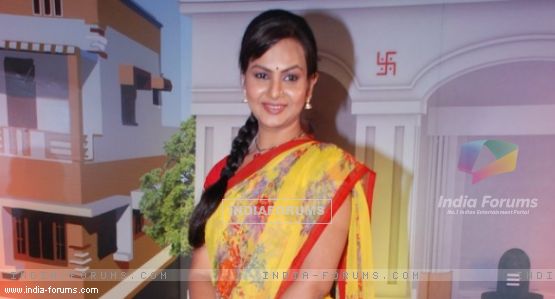 After spending 15 years in the theater industry and working with some eminent personalities,  Disha Updhay is beautifully essaying role of Bobby in Zee TV's Neeli Chhatri Wale. This talented actress was surprised when she came to know that she has been cast opposite Yashpal Sharma. Disha who has a fair of acting talks about her experience of doing theater, character she always wanted to do and more...

Disha says that working in the theater has given her an opportunity to explore her skills in a better way, "I started my career in acting with theater, I have spent ten to fifteen years working in the theater industry. That feel and rush of theater is completely different, I have worked with some eminent personalities like Manoj, Harsh Chayya, Apara Mehta and more. Theater has given me an opportunity to roam and explore different places in India."

After exploring both genres, how has Disha's experience been? "I feel theater is bit relaxing than television, in daily soaps you have to be on your toes all the time. The hard work portion also increases while doing daily soaps. Everyday you have to do a new scene by adding some creativity to it."

Sharing something about the show, Disha avers, "Neeli Chhatri Wale is the best show and I am glad to be a part of it. Bobby's character was a dream role for me, it has given me an opportunity to experience different shades of human being. I always wanted to do such kind of a show which has no drama."

How does it feel working with a renowned actor Yashpal Sharma? She says, "When I came to know that they have cast me opposite Yashpal Sharma, I was surprised. But all my hesitation went off when I started working with him. He is a wonderful actor and an inspiring human being."

Is Disha interested in taking up kitchen drama types of a show in future? "I won't mind taking up a project which interests me, if my heart says yes, then I will do it."

+ 2
6 years ago Bobby rocks in the show Neeli Chhatri Wale.

She is a very beautiful actress and I love Bobby and how she says "Vahi Toh!" :D