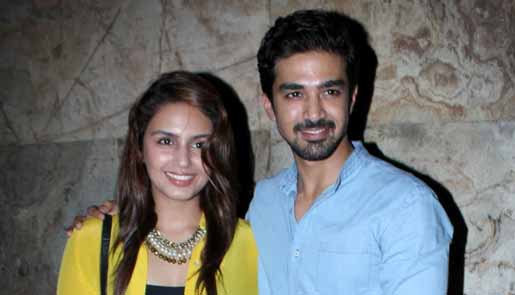 Actor Saqib Saleem went gaga over dark, intense revenge drama "Badlapur", which also stars his sister and actress Huma Qureshi. Her portrayal as a layered character has filled him up with pride.

"Varun n nawaz give stellar performances. @humasqureshi you make me proud.Jhimli was nuanced n layered..go watch it this friday.Thnk me later," he tweeted.

Saqib, who was last seen in Amol Gupte's "Hawaa Hawaai", also noted that the film delivers what it promised through the trailer and sneak-peek.

"Badlapur has been consumed n its delicious to the say d least!!Sriram Raghavan delivers everything the trailer promises n evn more," the actor shared.

Meanwhile, the star siblings may share screen space in the Hindi remake of Hollywood movie "Oculus".