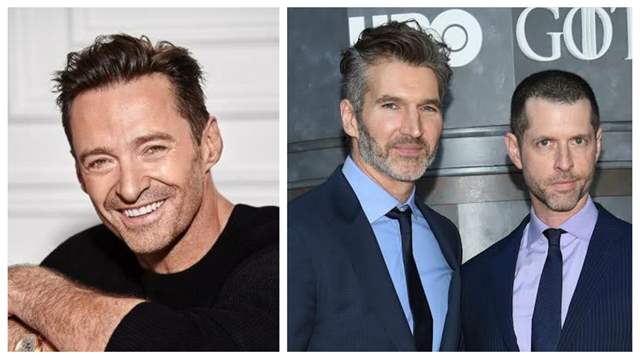 Imagine having David Benioff and D.B. Weiss - the men responsible for the epic saga that was Game of Thrones series teaming up with none other than Hugh Jackman. Well, we don't have to imagine much because this fantasy team is actually coming together for an upcoming project.

The GOT creators have set their third project for Netflix an adaptation of Richard Powers’ The Overstory and Jackman will be an executive producer on the project.

The Overstory which was published in 2019 and is Powers’ 12th novel, is described as a sweeping, impassioned work of activism and resistance that is also a stunning evocation of the natural world. The novel tells the story of a world alongside ours that is vast, interconnected, resourceful, magnificently inventive and almost invisible to us. A handful of disparate people learn how to see that world and are drawn into its unfolding catastrophe.

Bernie Claufield will also executive produce while the casting of the project is yet to commence.

Moj Celebrates its Success with Top Content Creators from Across the ...