View Profile
Actor Hrithik Roshan never seems to stop amazing his fans. Be it his exceptional dancing skills, devotion to his work or 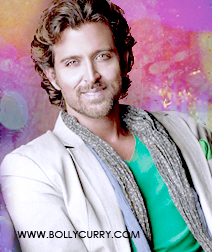 promotion of charity, he is a man who has always managed to catch the attention for his utmost dedication to whatever he commits to.
Now, Hrithik has once again amazed us all by learning the art of sign language to aid is communication with a few hearing impaired participants of the reality show, Just Dance - his debut appearance on Indian television. It has been heard that he has recently undertaken private classes in sign language to help him start off, despite his busy schedule with the shooting of Agneepath.
The buzz is that the actor came across a 21-year old contestant who's mother was deaf and mute. Hrithik was so touched by the boy's story that he sought the help of a sign language teacher to convey his feelings of respect to the mother. The incident apparently reduced everyone on the sets to tears. It is also heard that Hrithik sent a recorded video to a deaf girl who auditioned in London, being extremely impressed by her performance.