View Profile
Bollywood is sure taking seriously, the trend of gifts galore!

The most recent gesture of generosity comes from none other than golden boy Duggu. On the sets of his currently 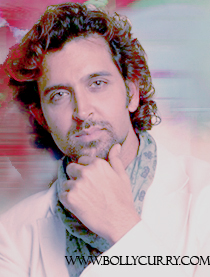 in progress project Agnepaath, assistant director Bharati Kandhari lost her phone in the shooting rush at Diu. What with complex shooting hours, multiple re-runs for important sequences, and the usual hoard of fans from the nearby locales keen to watch live shooting, Bharati realized a little too late, that her precious phone was missing.

It caused a frenzy on the sets, and everyone, including Hrithik Roshan noticed her upset mood. So when Hrithik left for the weekend shoot for the reality dance show Just Dance, where he's one of the judges, he had already made plans to surprise his assistant director with a new phone!
Accordingly, upon his return to the sets, he found a resigned Bharati over the matter of her lost phone, but managed to talk her into one last chance to search for it in a specific place nonetheless. Where of course awaited her gift wrapped surprise - a new phone, identical as the one it had to replace.
Bharati sure owes Hrithik one reason to smile, after his thoughtful gesture!