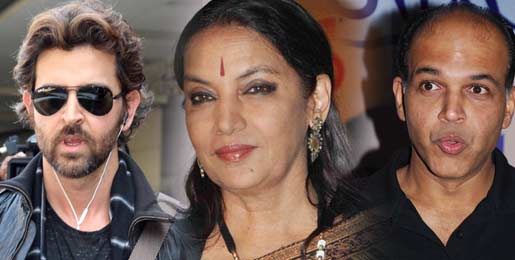 Veteran actress Shabana Azmi is looking forward to watching Hrithik Roshan-starrer "Mohenjo Daro", directed by Ashutosh Gowariker as both of them are on her "favourites list".

Hrithik had shared on the micro-blogging website on Saturday that the cast completed the film's shooting in Bhuj, Gujarat, after 101 days of shoot. The veteran actress then congratulated the team of the film, which also stars Pooja Hegde.

"@iHrithik @hegdepooja Congratulations to the team. Looking forward to the film. Ashutosh Hrithik are amongst top of my favourites list," Shabana tweeted on Sunday.

The film will reunite Hrithik and Gowariker after the 2008 film "Jodhaa Akbar".

When Kabir Bedi told wife Protima about affair with Parveen Babi: “She ...