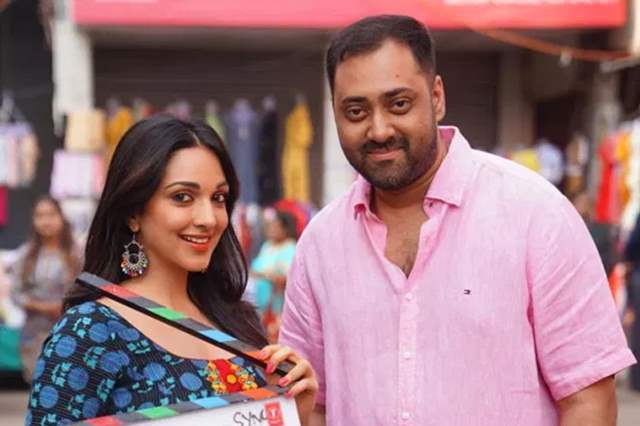 Actor Kiara Advani is indeed on a roll enjoying multiple successful films like Laxmmi, Good Newwz, Kabir Singh and others. Now, she is all set to have a solo lead film for herself - Indoo Ki Jawaani. The film's trailer has been out for a while and has opened to a good response.

As seen in the trailer, Advani plays a girl from Ghaziabad. Recently, in an interview with Pinkvilla, director of the film Abir Sengupta opened up on his experience with Advani and revealed that the actor was always the first choice for the role. He said, “She is such a dedicated girl and so much hard work she puts in the film. And this is a film in which she had to completely transform because she is a proper South Bombay girl and here she had to play a very desi Ghaziabad girl. So, she had to totally transform and I realised that it is going to be tough. But the way she has put in her hard work, it came very easy and smooth."

He added, “It was all a part of the process. I actually trained her for the dialogue dialect. I didn’t have a dialect coach in the film. I was quite apprehensive about hiring someone for the same as I was quite concerned about how it will turn out. Besides, Kiara also liked the way I used to narrate and say the dialogue."

The film stars Advani and Aditya Seal in lead roles and is slated to release on 11th December 2020.