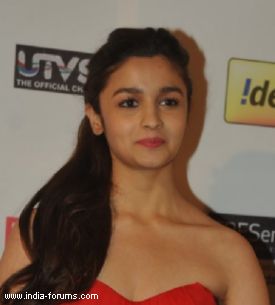 Not one to be blinded by parental affection, he is yet to give an acting break to his son Rahul, but filmmaker Mahesh Bhatt is clean-bowled by his youngest daughter Alia Bhatt's performance in Imtiaz Ali's "Highway".

He said: "I saw Alia in 'Highway'. Alia overwhelms you with her heartbreaking sincerity. Her journey has begun. This is Alia's 'Arth'. Highway is a film that will sparkle in Alia's filmography."

Alia's mother and actress-filmmaker Soni Razdan is set to direct the youngster in a film based on the notorious Nanavati murder case that shook Mumbai's beau monde way back in 1959. Pooja Bhatt will produce it.

The original plan was to cast Alia with Randeep Hooda, but they were already doing "Highway" together, therefore, a hunt is on for another leading man to be paired with the actress.

Interestingly, while conversing with Karan Johar on the latter's talk show Bhatt had described Imtiaz's "Rockstar" as the most overrated film.

But he seems to have liked the director's "Highway" a lot more.

He said: "It is an outstanding film. Imtiaz Ali staggers you with his simplicity. It is bare, harsh and truthful."