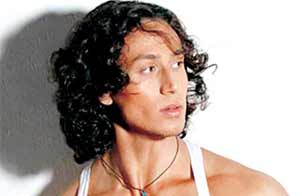 The Mumbai schedule of "Heropanti", which will mark the film debut of Jackie Shroff's son Tiger Shroff, has begun. Post the current schedule, the shooting is likely to shift to Kashmir.

Produced by Sajid Nadiadwala and directed by Sabbir Khan, the action-romance film also features Kriti Sanon. Parts of the film have already been shot in Chandigarh, Patiala and Delhi.

Tiger will be seen doing action-packed scenes in the movie. He trained rigorously with his trainers for the role, said a statement.