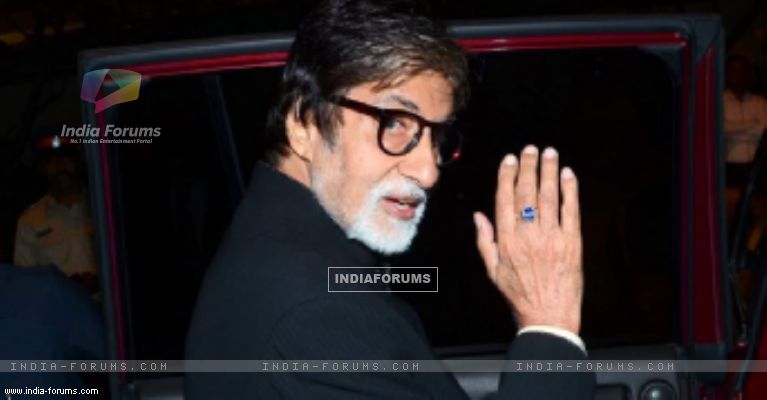 Megastar Amitabh Bachchan, a United Nations ambassador for the girl child, has wished his fans and followers a 'Happy Daughter's Week', and has stressed on the importance of daughters as they are a matter of pride.

The 72-year-old, who has a daughter Shweta and two granddaughters -- Navya Naveli and Aradhya -- took to virtual platforms Facebook and Twitter to expound over his feelings.

"You can always call your daughter as beta, but you can never call your son as beti...That's why daughters are special. Happy daughter's week...Daughter is not equal to tension but in today's world daughter is equal to ten sons (sic)," Big B tweeted.

The cine icon, who etched the loving relationship shared by a father and daughter on the silver screen with Deepika Padukone in "Piku", added on Facebook: "Daughters are so special...your little girl will hold your hand for only a little while...but will hold your heart for a life time.

"It's 'daughter's week', and if you are a daughter or have a daughter who makes life worth living, by just being around. And you love her as much as your own breath...if you are proud of your daughter, or being a daughter, send this to other people who have daughters or who are daughters...as I just did...Daughters are angels."