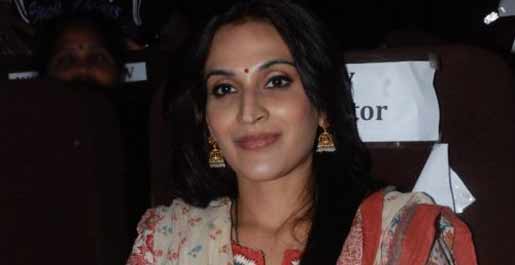 Filmmaker Aishwarya Dhanush, daughter of superstar Rajinikanth, says she had to step out of her comfort zone to make her second Tamil directorial "Vai Raja Vai", which is releasing on Friday.

Three years after her Tamil directorial debut "3", her second film is ready for release.

"It's very different from my first film, which was intense, serious and mostly revolved around the emotions between two people. 'Vai Raja Vai' is a racy, out-and-out commercial entertainer. I had to step out of my comfort zone to make it. Audiences shouldn't keep in mind '3' when they come to watch this movie," Aishwarya told IANS.

She added that "Vai Raja Vai", which she describes as the perfect summer getaway for family and friends, was a challenging project.

"My first film was easier because I was predominantly handling only two characters. The whole movie was shot in a town. Moreover, I had Dhanush around. His experience was a big morale booster," she said, and pointed out how "Vai Raja Vai" is a multi-starrer, and "when you have a lot of people playing different characters, you need to do justice to every character and bring meaning to their presence in the script".

"I feel making a commercial movie is much more challenging because there's so much you have to achieve within a certain period of time and budget. This was the first time I'm making something all by myself," said Aishwarya, who has taken the plunge into the world of commercial cinema with her second film.

"You'll see lot of casinos and money, but the film is not entirely about gambling. There's a strong element of mystery, romance and comedy as well. The film's genre will be very new for Tamil audiences. I thought it would be different if I could take it to them in the most commercial way possible," she said.

Aishwarya chose Gautham after being impressed with his work in Mani Ratnam's "Kadal".

She heaps praise on actress Taapsee, who essays a character with grey shades in the movie.

"You can find the shades of a Bond girl in Taapsee's role. I really like the way Bond girls are portrayed on screen. I really need to commend Taapsee because despite being a popular heroine, she didn't hesitate to try something new and bold," she said.

Aishwarya is also happy that Indian cinema is warming up to female filmmakers.

"In Bollywood, most superstars like Aamir Khan and Shah Rukh Khan are ready to work with female directors and their films have proved to be successful at the box office, which means they're commercial. It's just a matter of time before southern stars will also be willing to collaborate with women directors," she said.

She also feels it's not challenging anymore for a woman to make films.

"Maybe a decade ago, it wouldn't have been possible for women directors to work in the industry. Today, audiences have opened up to all kinds of cinema and what really matters is whether a movie is good or bad and doesn't matter who has made it. At times, it's slightly difficult for women because it's not easy to balance both home and work at the same time," she said.