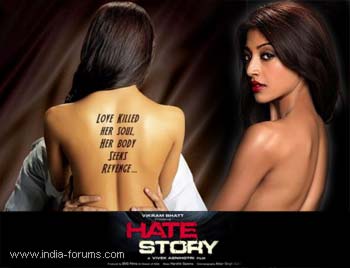 Director Vivek Agnihotri, who has been maintaining a low profile after the release of "Dhan Dhana Dhan Goal", is now ready with his next film "Hate Story", based on sex. Following Aamir Khan's footsteps, he too warns children to stay way from the movie

"The film was written keeping 'A' certificate in mind. 'Hate Story' is anyways not for the children. This is one of those films which parents will tell their kids not to watch," Agnihotri told IANS.

"As far as publicity gimmick is concerned, even Aamir Khan did the correct thing by warning kids not to watch his film "Delhi Belly". Since, people have started making such adult content movie, it's better to be clear about it," he added.

"People who consider sex as taboo in the country, I will suggest to them not to watch 'Hate Story'," added the director.

This is his fourth directorial venture after his directorial debut "Chocolate: Deep Dark Secrets", followed by "Dhan Dhana Dhan Goal" and "Buddha In A Traffic Jam".

Vishal Bhardwaj on How People are Trying To Malign Bollywood ...
25 minutes ago

Sunny Deol To Make a Netflix Project With Son Karan Deol?
27 minutes ago