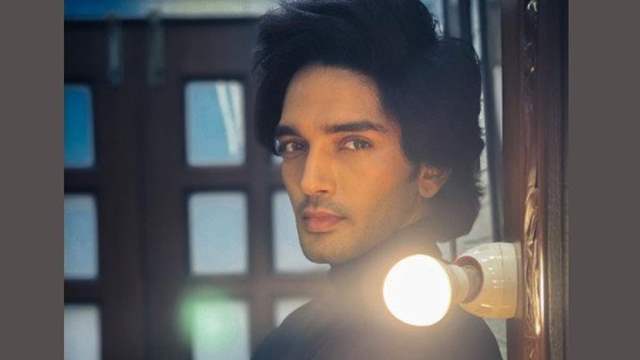 Harsh Rajput, who was last seen in the supernatural show Nazar, is a popular face and enjoys a great fan following. The actor will be back on screens with another supernatural show, the spin-off to Ekta Kapoor's Naagin franchise, Kuch Toh Hai.

Harsh has been a part of the industry for over 15 years now and recently shared how it took him all this time to bag an Ekta Kapoor show. The actor spoke about his struggles, the industry, and more in a recent interview with The Times of India and that is when he spoke about the ups and downs of his journey, one that has been a rollercoaster ride. He revealed how he got here with a lot of hard work and dedication and he always believed in his craft. He also added how he is grateful for where he has reached right now and also expressed his gratitude for the support of friends and family for making him feel confident.

About Nazar, he says how it was an amazing experience and he loves such shows at a personal level and when one works on something they love, the happiness doubles up. Meanwhile, he mentioned how the character was strong and he got to play a lot of shades with just one character and he also had a chance to express his opinion with people listening to him. He also mentioned, ''Nazar was a game-changer for me, but I feel 'Kuch Toh Hai' will be a bigger stepping stone for me because now I am associated with Indian television show's biggest franchise Naagin.''

He also spoke about rejections and revealed that the initial phase was rather difficult and it was as low as being rejected for 98 out of 100 auditions (for example). However, he did add that sometimes even that 2 percent changes things, and hence, he adds how it is not possible for one to be at the right place at the right time every single time. Further, he added that one cannot fit in all the requirements of an audition and that is when he mentioned that he has done around 92 ads in his career in order to get those, he must have given some 5000 auditions.

He further added how there have also been instances where he was replaced from a show even after being signed and one such time, he was waiting for a show and they made him sit at home for three months, and then he was informed that he was replaced. He spoke about instances of coming to know about his character ending only after giving the shot or reading the lines and all this is a part of the industry. However, he understands that one cannot drag those failures for a long time and he feels bad for a couple of days but then gets back on his feet with the same passion.