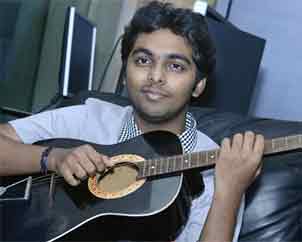 Tamil composer G.V. Prakash Kumar, who had previously worked on Anurag Kashyap's "Gangs Of Wasseypur", has been roped in to compose the background score for Hindi crime-drama "Guns of Banaras".

"Guns of Banaras" is a Hindi remake of Tamil blockbuster "Pollathavan" which also had music by Prakash.

"I have been told by my producer that G.V. Prakash has been roped in to compose the background music for our film 'Guns of Banaras'. Since he composed the music for the original, the makers thought it would make sense to have him on board," Ganesh Venkatraman, who plays one of the leads in the film, told IANS.

"I don't know if the paper work has been completed, but my producer confirmed that they have zeroed in on Prakash," he added.

Prakash, who has also composed tunes for Tamil films "Pattiyal", "Thalaivaa" and "Raja Rani", is set to make his acting debut with the upcoming Tamil film "Pencil".

He has also got into production with the upcoming Tamil rural drama "Madhayaanai Kootam".