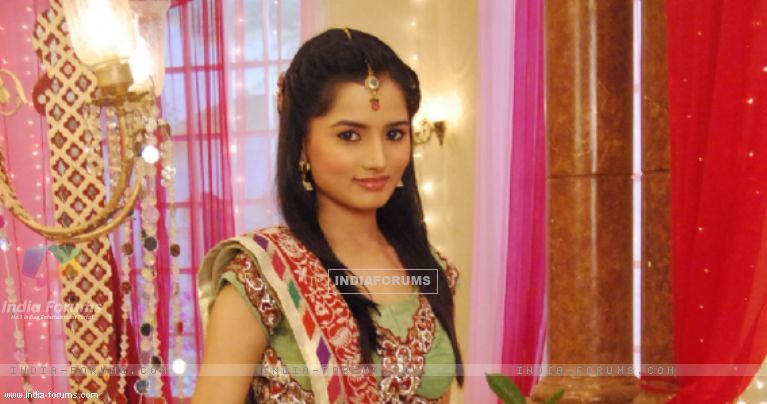 Our source informs us, "Gunjan has been roped in for a cameo on Yeh Rishta Kya Kehlata Hai where she will be seen as a Kathak dance teacher. She will be teaching dance to Naira (Ashnoor Kaur) and Gayatri for their dance competition. Naira and Gayatri will successfully nail their performances and it will be a tie between both of them and to declare a winner between the two, a jugalbandi will happen between the two under the training of their new dance teacher (to be played by Gunjan Khare)."

We tried contacting Gunjan but could not reach her for a confirmation.

While the competition will be happening between Naira and Gayatri who belong to the same family, Akshara's (Hina Khan) concern would be that their win or defeat should not affect the family in any way.

Only time will tell as who comes out as the winner of the competition between the two!

SejalGawade 5 years ago stop spreading rumours abt hina ...v the true fans of her wont tolerate all this nonsense at all... v really dont care about people speaking nonsense about u...v will always support u n always love u hina di...u r the besttt n u vil always b...muahhh ..

5 years ago Hinahuirockyki--You are a gone case actually, a mentally retarded person who needs thorough check up of yourbrain..Idiot stop spreading rumors..When will this mentally retarded person I.D. will be banned by India-forum..If instead of Hina Khan, others actors have been targeted then this stupid person I.D. must be banned at this time..anpadh gawaar..Shame on you idiot basher of Hina di..Go to hell..Same lines repeated day after day, Idiot doesn't know beyond this.. May be you are a total failure in your life..Idiot why you are attacking Hina fans..may be you are a fan of Karan that's why you are after Hina ..Mentally sick person & shameless person actually you are a spoilt person & what ever you are writing for Hina di, you are doing truly in your real life..that's why you are writing silly comments daily..Shame on you & proud being Hina Khan fan..We are proud of her & her achievements..We are & will always support her..Use your time & energy for good deeds if you have some senses..you are a totally gone case..dharti per bozh hinahuirockyki..What can you do now .chulu bher paani mein doob ja..basher.

SejalGawade 5 years ago Hiii hina ...love u so muchhh. U r the besttt...stay blessed dear...muahhh...

You Are d Best

menaka224 5 years ago Hinahuirockyki--You have a fake I.D looser..calling other fake fans ..this shows how mentally sick you are..why Hina di will tweet on her personal life just becoz of you haters of her..Very happy that Hina Khan won't discuss her personal life in public..this is the quality her true fans like in her..Are you having stomach pain becoz you are n't getting your answer..bhagwaan kare tumhe kabhi jawab mile he nahin aur tum pareshan raho..Hina Khan di , don't bother such negative comments..some ppl. have no work to do in his/her life , so constantly spreading rumors ..pathetic looser that fake I.D. user is..

monikasharma1 5 years ago Hina Khan, Such a natural you are at acting..Keep getting better & better & stay blessed.

5 years ago Hina Khan, you are so graceful & quite expressive in acting..Keep rocking yeh rista team.

5 years ago Hina Khan, A wonderful actor & your acting prowess is awesome..Keep rocking.