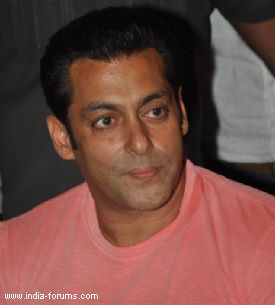 Actor-producer Salman Khan, who is all set to produce the remake of Mahesh Manjrekar's Marathi film "Shikshanacha Aaicha Gho" in Hindi, says he approached Govinda to play the protagonist but he refused the offer.

"I approached Govinda but he refused it, seriously. For the last three years I have been after Govinda to do the film but he said that he didn't like the film," said Salman, who will be seen in a guest appearance in the Hindi remake.

A 2010 release, "Shikshanacha Aaicha Gho" revolved around a father's quest to see his son as the best student. It starred Sachin Khedekar, Bharat Jadhav and Saksham Kulkarni in lead roles.

There were reports that Paresh Rawal will play the main lead in the film.

When asked about the casting, the 48-year-old said: "We haven't finalised the cast yet, we may title it 'God Only Knows' and it will go on the floors by February."

It was also remade in Tamil, Telugu and Bengali.

Sachin Khedekar on the release of his upcoming film ‘Halahal’; says “I ...