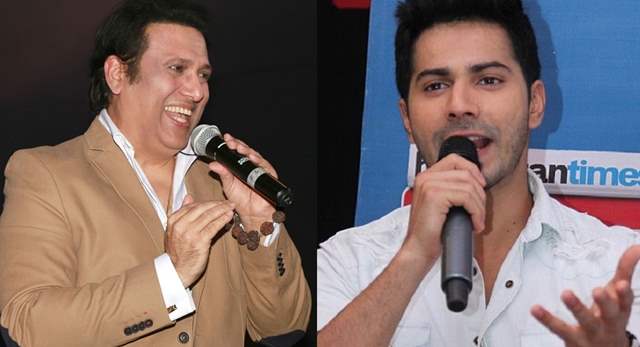 On December 21, Govinda turned a year older and wishes for the actor poured in on the social media platform. Amongst all the colleagues and fans, actor Varun Dhawan too wished him on his birthday.

Sharing a throwback picture of Govinda from the times when he was shooting for his father David Dhawan’s movie Coolie No. 1, he penned a wish for him calling him the original Coolie No. 1.

This throwback picture has the actor taking instruction from the director in between the shots.Varun Dhawan's birthday wish read, “HAPPY BIRTHDAY TO THE OG COOLIE NO1” further tagging Govinda and to everyone’s surprise, Govinda too thanked him.

Govinda sharing this post on his Instagram stories, wrote, “THANK YOU BETA,” followed by a smiling emoji. The actor replied to Varun despite his fallout with Varun’s father David Dhawan.

Check out Govinda’s INSTA Stories below- 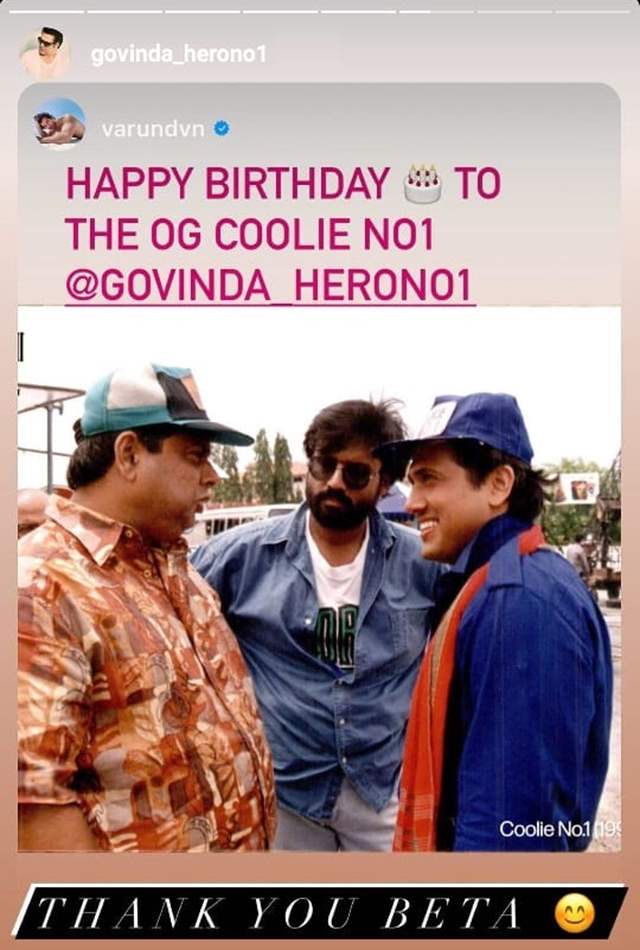 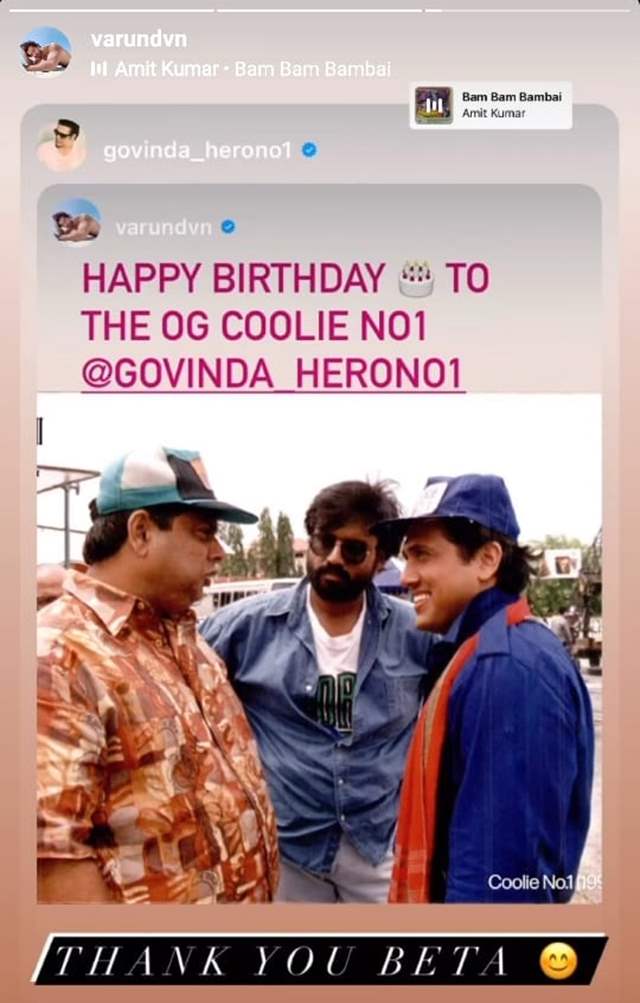 The duo after collaborating for 17 films in their career, which were all superhit, had a fallout. Govinda in one of his recent interviews had also opened up about it.

As per reports the director had blamed the actor for not sharing the same bond he once shared with him. Commenting on this Govinda had said, “He can ask me this question only when his son (Varun Dhawan) makes 17 films with him. I do not think his son will ever do 17 films with him, because he is, after all, David Dhawan's son.”

Varun Dhawan will be soon seen entertaining the audience with his next Coolie No. 1 co-starring Sara Ali Khan from December 25, 2020, on the OTT platform.