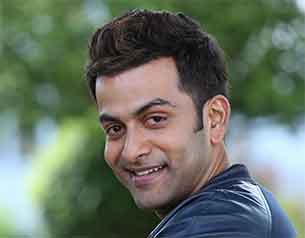 Malayalam actor Prithviraj Sukumaran says he is going to be a father soon and that he and his wife Supriya Menon are overjoyed.

"You guys will know about it sooner rather than later...so you might as well hear it from the horse's mouth. I am going to be a father. Supriya and I are overjoyed," he wrote on the social networking site.

"I hope all of you will share our happiness on what I believe is truly going to be the most momentous occasion of our lives. So yes...I'm counting down to the biggest release I will ever have," said the 31-year-old actor.

Prithviraj and Mumbai-based journalist Supriya got married in 2011.

Son of late actor Sukumaran, Prithviraj made his debut in 2001 with director Renjith's "Nandanam" and his major films include "Swapnakoodu", "Classmates", "Vargam", "Vaasthavam", "Veettilekkulla Vazhi", and "Ayalum Njanum Thammil".

"No specific reason but it's shocking" says Sonali Nikam on 'Yeshu' ...