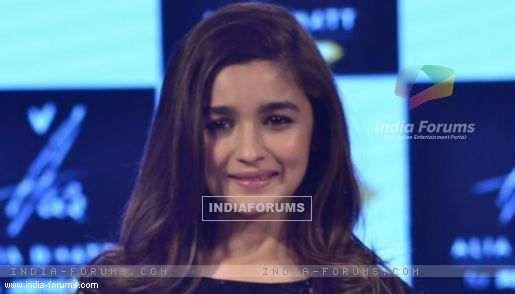 If the masses loved her in movies like "Highway" and "Humpty Sharma Ki Dulhania", Alia Bhatt has again won many a heart. Her latest short film "Going Home", based on women's safety, has gone viral on social networking site. The actress says the film is close to her.

The video was put on YouTube Oct 17 and it was accompanied by a post from its director Vikas Bahl that read: "I pledge to create a short film titled 'Going Home', in which we visualise a utopia for women, where, unlike today, mistrust and fear don't dictate actions and decisions."

The over five-minute long film shows Alia driving all by herself in the middle of the night and telling her mother over the phone that she will reach home soon.

But her car breaks down.

With no soul on the street, she wonders what to do next. Soon, she spots a car with a bunch of guys smoking and staring at her from across the street.

Seeing her alone, they drive next to her car. One imagines the obvious - Alia, dressed in a short skirt with a top, getting attacked by the men. But instead they try to help fix her car and when that doesn't work out, they drop her safely till her house.

The video is now trending on Facebook and she is delighted.

"Wohooo !!! #GoingHome top trend on Facebook :D this was a really special short film.. THANK YOU !!!! Loveee," she tweeted Tuesday.

TV anchor Maria Goretti had also tweeted the link with a post saying:"Please can my country give me this ..Going Home: A film by Vikas Bahl feat. Alia Bhatt for #VogueEmpower'".