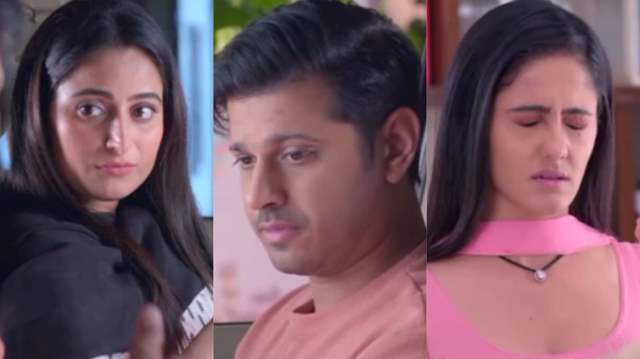 Star Plus show ‘Ghum Hai Kisikey Pyaar Meiin’ is getting loved by the viewers. The current track of the show revolves around Pakhi blackmailing Sai for interfering in her pregnancy while she stood near the cliff. A scared Sai agreed to Pakhi’s condition. Pakhi now wants to spend maximum time with Virat so that she can revive her connection with him so that she can eventually steal him from Sai.

In the upcoming episodes, Sai and Virat share a conversation. Virat is still ignorant about Pakhi’s actions and intentions. She tries to convey the same to Virat and tells him that all of this is Pakhi’s plan but Virat believes that Pakhi was depressed and that’s why she went to the cliff in Mahableshwar. Virat gets a call from Pakhi and she insists him to take her to the ice-cream parlor. After being persuaded, Virat agrees.

Pakhi and Virat spend quality time with each other and Pakhi asks Virat to take her out daily. Virat agrees for the sake of the baby. They return home while Sai fume in rage. Virat gets ice-cream for her but she feels pukeish. Next morning, Pakhi gets cold and the family gets tensed. Sai mentions that the same has happened because of the late night ice-cream session. She states that she will make an herbal tea for Pakhi and someone else from the family can give it to Pakhi. Sai rushes to her room as she feels nauseous.

Bhavini claims that Sai is showing all the symptoms of a pregnant woman. This leaves the family hopeful while Pakhi gets shocked.

+ 4
2 months ago How much fooling method will be used to lure audience to watch real couple romance.. India forum certainly has lost credibility.. How much money do you charge from the team and this particular crass couple

2 months ago Since precap didn't got hype...IF article has been released...cheap tactics...audience are not fools to fall of this like fake precap...

+ 6
2 months ago Hope to see Sai Bai be pregnant and deliver her baby by herself. Praying to god to make Pakhi’s pregnancy fake. Fingers crossed.